Broader markets outperformed the benchmarks, Nifty Midcap100 and Nifty Smallcap100 indexes ended the day in green, up 0.43 per cent and 0.83 per cent higher respectively.

On the sectoral front, pharma index remained the best-performing index for the third-straight day, up 3.56 per cent with FMCG, IT and Metal also ending in the green, while selling witnessed in the energy, auto and infra sectors. Gains on the pharma index were led by Sun Pharma and Cipla, both ending with gains of over 5%. Both were also the top performers on the Nifty 50 index. 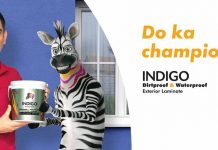 Indigo Paints IPO: Does The Investment Live Up To Its Hype?