Edible oil seems to be in the queue after onions and garlic to attack the customers’ pocket. The major oilseed crop soybean production in the country has been estimated at around 18 per cent less from the last year. The soybean production this year has been estimated around 89.94 lakh tones by Soybean Processors Association of India (SOPA) which is 71.73 per cent less than the previous year’s production of 109.33 lakh tonnes.

India is not self-sufficient in meeting the demand of cooking oil and more or less depends on the import of edible oil from other countries. This dependence on imported edible oil is expected to increase on account of heavy monsoon which damaged the crops and sharp fall in soybean Rabi oilseed cultivation this year.

‘The prices of edible oils are increasing in India due to expensive imports from the international market. However, farmers are now getting a higher price of oilseeds, which will encourage them to cultivate oilseeds’, said B.V. Mehta, Executive Director of Solvent Extractors Association of India.

The price of palm oil has also increased up to Rs. 20 per litre in domestic market which in result has increased the price of other edible oils.

India imports edible oil mainly from Malaysia, Indonesia and Argentina. The price-rise of palm oil has also influenced these nations. The edible oil import from Malaysia and Indonesia has become more costly which has led to further sharp increase in the price of cooking oil in the Indian domestic market.

Argentina has recently increased the export tariff on soybean oil from 25 per cent to 30 per cent which will add more to the import cost of soy oil, contributing for price rise of edible oil in the market.

On the contrary of increasing consumption rate of edible oils in India, the cultivation of oilseed crops has shrunk in several last years. The reason can be attributed to the unavailability of quality seeds and lack of government assistance to the farmers.

The data released by the Union Ministry of Agriculture and Farmers Welfare last week reveals that only 68.24 lakh hectares area has been cultivated for oilseeds crops this year which is 2.47 lakh hectares less than last year. 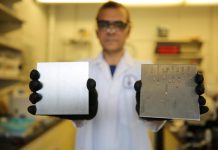