Humans have exploited resources that are present on earth for centuries now. As time passes, people recognized their need for the materials present beneath the surface of the Earth. Today, every electronic product, even the product you are using to read this article, requires materials that need to be dug from underground.

For quite some time, as humans evolved and recognized the need for these products, the fact that these resources might perish someday dawned on them. Since then, humans tried to produce resources, not only to meet their greed but also for science. After decades of research and several experiments, there is hardly any proof of any result.

However, scientists found an alternative. As the age of space research emerged, scientists found that these nonrenewable recourses can also be found on asteroids and even some near-earth objects like the moon.

This led to a new development, which as we speak is on the verge of unfolding. They termed it as “space mining” or “asteroid mining”. It means the exploitation of raw materials from asteroids and other minor planets, including near-Earth objects.

Humans could mine hard rock materials from asteroids or a spent comet. Precious metals such as gold, silver, and platinum group metals could be transported back to Earth, while iron group metals and other common ones could be used for construction in space.

This is a very vast topic. We would only go through the purpose and the necessity of Space mining, its economic feasibility, and the latest update concerning space or asteroid mining.

The main purpose that makes us reach out to the outer space for resources is “Scarcity”. Scarcity is an economic jargon which symbolizes the fundamental economic problem of humans having seemingly unlimited wants in a world of limited resources. Scientists predict that due to the growing consumption in both developed and developing countries, key elements needed for modern industry and food production could be on the verge of extinction. They predict that these resources might get exhausted on Earth as fast as within 50 to 60 years.

Elements like phosphorus, antimony, zinc, tin, lead, indium, silver, gold, and copper are resources that are on the verge of extinction. Since resources under our feet are finite, the relative abundance of asteroidal ore gives asteroid mining the potential to provide nearly unlimited resources, which would essentially eliminate scarcity for those materials.

Elements like platinum, cobalt, and some other valuable elements can be mined from asteroids and near-earth objects. These could be mined there and sent back to earth for sent to Earth for profit, used to build solar-power satellites and space habitats, and water processed from ice to refuel orbiting propellant depots.

The idea that these resources are extinguishing has been there for a long time. In 1798, Thomas Malthus wrote:

The Necessity of Space Mining:

We all know the effects mining brings about on the climate of the Earth. Global warming is being considered very seriously by people around the globe and the climate of Earth has already started to change drastically. Places that previously hardly received any rainfall is now being flooded, and desert-like conditions are emerging in places that previously got rainfall round the year. Resolutions are being revised and actions are being taken by authorities to restrict the earth from getting warmer.

Scientists have recorded a rise in the water level on both the poles. As sea level rises, several port cities, islands, and island countries might slowly get submerged.

Mining also adds to air pollution, water pollution and causes the destruction of entire landscapes. With an increase in need, people and companies are going to uncharted lands and deeper depths to mine more resources and bring in more bags of profits.

To mine resources, chemicals like cyanide, sulfuric acid, and chlorine are used. These chemicals affect the biodiversity of the surrounding harming animals and all lives around it even of the humans who work there. These processes also have an impact on the atmosphere from the emissions of carbon, which have an effect on the quality of human health and biodiversity.

Overburden at the mine site can develop cavities in the subsoil or rock, which can infill with sand and soil from the overlying strata. These cavities in the overburden have the potential to eventually cave in, forming a sinkhole at the surface which might lead to the destruction of properties near the mining site.

All of these effects can be reduced to a fraction, if only we reach out to the skies. Space mining reduces the impact mining does on land and would make life on earth sustainable for few more centuries. Also, some larger asteroids, contain resources that would take humans millions of years to exploit. This would solve the problem of scarcity and lessen environmental impact. The asteroid 16 Psyche is estimated to contain 1.7×1019 kg of nickel-iron, which could supply the world production requirement for several million years. A small portion of the extracted material from the asteroid would also be precious metals.

The main problem that we face is that we have not made any device that could not only bring the mined materials back on earth but also be cost-effective while doing so. Space ventures come with high-risk, and with long lead times and heavy capital investment, and for asteroid-mining projects, it is predicted to cost more. These types of ventures could be funded through private investment or through government investment. For a commercial venture, it can be profitable as long as the revenue earned is greater than the total costs (costs for extraction and costs for marketing). In the year 1996, it was estimated that an asteroid-mining venture would cost around $ 100 billion.

Breakdown of stages that requires fund:

Also, not all mined materials from asteroids would be cost-effective, especially for the potential return of economic amounts of material to Earth. In the Earth, platinum is considered very rare in terrestrial geologic formations and therefore is potentially worth bringing some quantity for terrestrial use. Nickel, on the other hand, is found in abundance and is mined in many terrestrial locations around the globe. Therefore, the high cost of asteroid mining may not make it economically viable. Also, fluctuation in cost would also incur a loss for the organization or organizations involved in the mining process.

NASA looking for private companies to help mine the moon:

The American space agency announced recently that they are actively looking for potential organizations that would collect rocks and dirt from the lunar surface, and then sells them to NASA, as part of a technology development program that would eventually help astronauts “live off the land.”

This is being considered as a development of the agency NASA’s Artemis project. They plan to set up a permanent presence on and around the moon. Eventually, NASA also plans to go to Mars, where the astronauts would be able to use these resources.

In a blog, Bridenstine also said that the company’s project has fully complied with the Outer Space Treaty of 1967, which says that no country may lay sovereign claim to the moon or other celestial bodies. “When considering such proposals, we will require that all actions be taken in a transparent fashion,” he wrote. “We are putting our policies into practice to fuel a new era of exploration and discovery that will benefit all of humanity.”

The bidding criteria would not be restricted to just the companies that are native to the United States. Companies from every part of the world can take part in it. This would “encourage International support for the public and private recovery and use of resources in outer space, consistent with applicable law.”

The space agency is stirred up as they look to put people back on the moon again by 2024 under an accelerated schedule mandated by the White House. However, this time the astronauts will not visit the equatorial region of the moon that astronauts visited during the Apollo program. The agency plans to send them to the south pole of the moon where there is water in the form of ice in permanently shadowed craters.

NASA, also announced that they are looking for lunar “regolith,” rocks, and dirt from the lunar surface. They can be from any location on the moon. The organizations willing to sell would be required to provide images of the material and the location from which it was recovered to NASA. The agency would pay $15,000 to $25,000 in return of materials from 50 to 500 grams (1.7 ounces to about 17 ounces), according to Bridenstine. Additionally, the companies would be able to set prices in their bids. This would not only be helpful for scientific discoveries but also can be useful for technological advancements.

Also, the agency had said that they would only pay for the lunar material and would not bear the high cost and difficulty to bring the material back on earth. So, the companies wishing to bid must be already present on the lunar surface on some projects.

Water found on the southern pole of the moon is very useful. It can not only be helpful to sustain life but also, when broken into its component parts, hydrogen, and oxygen, for propellant for rockets, allowing exploration deeper into space.

Casey Dreier, a senior space policy advisor at the Planetary Society said via tweet, “The importance of this announcement is not so much the financial incentive (which is tiny) but in establishing the legal precedent that private companies can collect and sell celestial materials (with the explicit blessing of NASA/U.S. Gov).”

Bridenstine, in his blog, wrote, “Next-generation lunar science and technology is the main objective for returning to the moon and preparing for Mars.”

The agency, back in May, produced a set of laws that said that they would govern the behavior of countries and companies in space and on the moon, including the creation of “safety zones” around sites where mining and exploration of the company would take place on the lunar surface. This development was made as the company plans to send men on the moon.

Bridenstine in an interview said that the new sets of the legal framework would “in no way change the 1967 Outer Space Treaty”. He added that these would “promote peaceful purposes” and would allow countries “to participate safely in outer space”.

However, this has received criticism from the head of Russia’s space agency, Dmitry Rogozin, who called them an invasion that would lead to another “Iraq or Afghanistan.”

Bridenstine was reported by the Washington Post as he said, “We encourage Russia to be a part of the Artemis accords. And we think it would be good for all the world to agree to the right approach to peacefully explore space.”

Space might also be the next place where the United States and China collide. China last landed a rover on the far side of the moon last year. They also want to reach the lunar south pole. 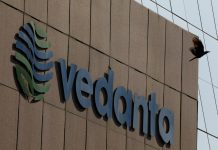 Vednata Delisting Offer Fails Over Confusions In Tendering Process, What To Do With Your Vendanta Shares Now?