Australian insurer Suncorp said that they would put an end to financing, or insuring of oil and gas companies by 2025. Thus, would add to the company’s existing ban on the thermal coal projects. On Friday, the company made its decision about the retreat from the fossil fuels industry public. They added that the company had already stopped insuring, underwriting, or directly investing in new oil and gas projects. The company predicts that before 2025 they would completely move out of this department.

The Guardian reported a published report from the company where they claim that all direct investment in the oil and gas sector will cease by 2040.

Australian Government has chosen gas as a medium to be focused on for the recovery of the country’s economy from the COVID-19 pandemic situation. Taking this decision, the company chooses to walk in a completely different path than the government’s charted out route to recover from the pandemic laden situation.

The company says that this decision has been taken by them in accordance with their previous year’s decision of ceasing the backing of thermal coal projects.

Suncorp reported, at the end of June, that less than 0.1 percent of its general insurance business constitutes fossil fuel extraction and generation. The company also reported that they saw less than 0.5 percent exposure and the sector was at less than 1.5 percent of all investments, managed by them.

The report added, “Suncorp will continue to underwrite, lend to and invest in companies whose business is clearly consistent with the transition to a net-zero emissions economy by 2050.”

At the end of June, as reported by the company, their investment in low carbon industries was at $ 236 million.

Suncorp has already started to offload their shares in oil and gas companies as campaign group Market Forces has said, reported by the Guardian. They also published the comments of Market Forces’ campaigner Pablo Brait as he highlighted “significant gaps” in the statement of the insurance company. He says that the company has not mentioned about pipelines or gas-powered power stations while adding that this decision is a “great step forward” for the company as they are taking the step before most global insurance companies.

QBE remains the only Australian based insurance company that still has not released any policy about backing the oil and gas industry.

Not only the COVID-19 pandemic, which acted as a major speed breaker for the oil and gas industry but also the increasing awareness about the climatic health of our planet has slowed down major projects in the industry. The Paris Agreement has projected that increase of temperature at this rate would mean a no turning back from a certain doom of Earth. Suncorp has also recognized that growth in the production of oil and gas would undermine the agreement made in Paris. The recent climatic disasters in the island nation like bushfires, flood droughts, and storms has opened the eyes of several groups that are starting to take steps for the betterment of the future of the country and earth.

Suncorp chairman Christine McLoughlin had said that the droughts followed by the pandemic put forward “long-term implications for our economies and environment.” He added that “This year we deepened our understanding of the strategic and financial risks and opportunities presented by the changing climate through comprehensive scenario analysis. The insights gained will help us manage risks posed by the increasing severity of natural hazards, act on new and emerging opportunities, and support an orderly transition to a net-zero emissions economy.”

The company had also informed that the fire, rain, and hail disasters had cost the company $300 million in the first half of the last financial year.

QBE, the only remaining Australian based insurance company that still keeps on its policy to insurance oil and gas products. The company says it keeps backing the industry as it complements the renewable energy in electricity grids and was an important fuel as the world transitioned from burning coal for electricity. They also had said that they fully comply with the rules of the Paris Climatic Agreement. 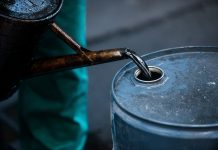 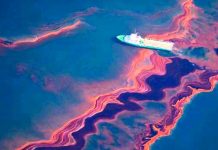