The Indian Wire » Banking » Supreme court refuses to put stay on merger of Dena, Vijaya and Bank of Baroda 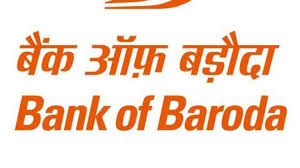 The proposed amalgamation will make Bank of Baroda the second largest public sector bank after SBI and will push Punjab National Bank (PNB) to third.

Appearing for the bank officers association, senior advocate Shyam Divan appealed that the merger should be stayed with immediate effect as the proposed plan has several faults and no effective consideration was done with RBI before taking decision.

He also said that even the boards of the lenders were not adequately consulted for the proposed merger. “The Board of Directors should have been informed and given time to contemplate on the proposed merger of the banks but every thing happened on January 2,” Divan said.

He further appealed and said that because of the proposed merger, the employees of the banks will suffer due to redundancy.

Senior advocate Mukul Rohatgi, representing Bank of Baroda, said the merger was done within the statutory framework and standard procedure was duly followed.

“All the banks in question are Public Sector Banks (PSB) and as far as employees are concerned, under the scheme their terms and conditions of employment will remain the same. They are not affected at all. It was a policy decision that two weaker banks join one stronger bank,” he said.

He also said that effective consultation was done with RBI and the process for merger started way back in September 2018. Three committee were constituted by parliament and central bank was consulted after which in-principle approval was given.

Thus, after hearing both the sides the bench was content that adequate consultation was made and procedure was followed thus it denied to put stay on merger.