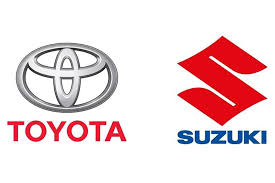 Automaker Maruti Suzuki‘s board has given nod for sourcing its mini SUV Vitara Brezza from its partner Toyota. The new decision comes under the MoU signed between the two automaker in 2017.

As per the new decision, Brezza will be manufactured by one of the two factories of Toyota Kirloskar Motors from 2022. This is the second car of Suzuki that Toyota will sell before this the Toyota agreed to sell Suzuki Baleno and will be selling it by the end of the year.

This new decision to jointly manufacture and sell the cars is part of the Memorandum of Understanding (MoU) that both the companies signed in February 2017. The MoU also includes business partnership in areas including environmental technologies, information technologies, safety technologies, and mutual supply of products and components.

Toyota will be selling Brezza with few change in its existing features. The specifics about such changes is not disclosed yet. Brezza is a four meter long urban SUV and about 13,000 units of the car are sold every year.

“Toyota Hybrid System will be provided in future products of the company, which will help it become a front runner of clean technology in mass market and help in sustainable development of Indian Automotive Industry,” Maruti Suzuki said in a statement.

Also, Maruti will be the sole manufacturer of its model Baleno. A derivative of Baleno will be sold by the Toyota which both the company hopes will lead to rise in sales of the car.