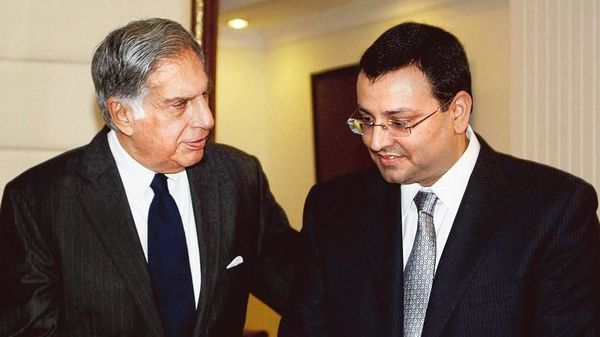 The Registrar of Companies under the Corporate Affairs Ministry on Monday moved the National Company Law Appellate Tribunal seeking modification in its order in the Tata Sons matter where it wants removal of the word “illegal” with respect to conversion of Tata Sons from a public company to private company which was done after the government body’s approval.

It also stated that its decision on conversion following Cyrus Mistry’s exit was not done in a hurry and was done after proper scrutiny and due diligence.

According to sources, the RoC Mumbai which had cleared the conversion from Tata Sons Private to Public status has also sent the entire report on how it was done following Tata-Mistry fallout leading to Mistry’s ouster from board to the Ministry in Delhi.

The RoC moved NCLAT requesting to amend its order and remove the word “illegal” with respect to the conversion of Tata Sons from a public company to a private company. The appellate tribunal has said the action taken by the RoC to allow the firm to becom e a private company was against the provisions of the Companies Act, 2013 and “prejudicial” and “oppressive” to the minority member (Mistry camp).

The petition filed by RoC was mentioned on Monday before NCLAT, which has directed to list the matter on January 2, 2020, for hearing.

In its petition, the RoC had asked “to carry out the requisite amendment in paragraphs of the judgement dated December 18, 2019 to correctly reflect the conduct of RoC Mumbai as not being illegal and being as per the provisions of the Companies Act along with the rules.”

It has also asked NCLAT to “delete the aspersion made regarding any hurried help accorded by RoC Mumbai to Tata Sons except what was statutorily required by the RoC Mumbai”.

The RoC also said it has acted in a “bonafide manner” in converting the status of Tata Sons as “there was no stay granted by this appellate tribunal on the operation of the judgement dated July 9, 2018 of Mumbai NCLT at the time when this intimation was filed by Tata Sons Ltd.”

Passing an order on December 18, NCLAT had directed for the reinstatement of ousted Cyrus Mistry as Chairman of Tata Sons. In that order, the appellate tribunal has also quashed the conversion of Tata Sons — the principal holding company and promoter of Tata firms — into a private company from a public firm and had termed it as “illegal”.

After Mistry was sacked, Tata Sons had received its shareholders’ nod in September 2017 to convert itself into a private limited company from a public limited company, where there would be no need to take shareholders’ consent in taking crucial decisions, which could be passed with the board’s approval.

Tata Sons Ltd was initially a ‘Private Company’ but after insertion of Section 43A (1A) in the Companies Act, 1956 on the basis of average annual turnover, it assumed the character of a deemed ‘Public Company’ with effect from February 1, 1975, the order said.