The Indian Wire » Business » The Blockchain Revolution: Is Global Business Going To Run on Smart Contract By 2030? Here’s Everything You Need To Know About The Standard of Tomorrow 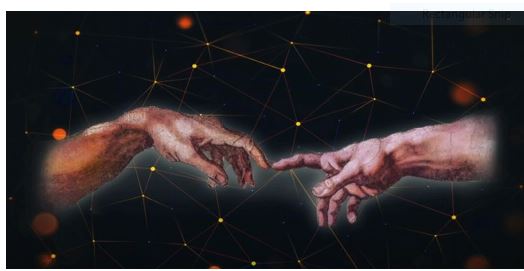 On recent events, the data from Crpto-currency Ethereum ( just like Bitcoins) shows that, the smart contract developed by technology Blockchain has seen a rise in its usage from external factors. Undisclosed data rumours  suggest that more than 30% (approx) of customers of smart contracts recognise as to originate from Indian subcontinent.

Smart Contract requests to/on Ethereum have rose to exceeding amounts over the past few months of the Pandemic 2020, far outranking its own records set in 2017 and above previous highs from early months of 2019, according to data from Blockchain analytics firm Glassnode.

Nick Szabo wanted to use a distributed ledger to store contracts. Now, smart contracts are a bit like contracts within the world . The difference is that they’re completely digital. In fact, a smart contract is really a small computer code that’s stored inside a block chain.

Let’s take a glance at an example to know what’s smart contract.

You are probably conversant in fundraising platforms. Let’s call them – “Paisa-Pool”- not real just a made-up name, – Product teams can attend Paisa-Pool, create a project, set a funding goal and begin collecting money from others who believe the thought . Paisa-Pool is actually a 3rd party that sits between product team and supporters.

But with smart contract we will build an identical system which doesn’t require a 3rd party like paisa-pool.
So let’s create a “smart contract” for the above example!

We can program the smart contract in order that it holds all the received funds until a particular goal is reached. The investors of the business project can now invest their money by transfering it to the smart contract. If the project gets fully funded, the contract automatically passes the cash to the creator of the project. And if the project fails to satisfy the goal, the cash automatically goes back to the supporters. Pretty Awesome right?

As smart contracts are stored on Blockchain, everything is totally distributed ( de-centralised). With this system , nobody is on top of the wealth. Not even the government.

Well because smart contracts are stored during a Blockchain, they inherit some interesting properties. they’re immutable and that they are distributed. Being immutable means once smart contract is made , it can never be changed again. So nobody can go behind your back and  tamper with the code of your contract.

Being distributed means the output of your contract is validated by everyone on the network. So one person cannot force the contract to release the funds because people on the network will spot this attempt and mark it’s invalid. Tampering with smart contracts becomes almost impossible. Smart contracts are often applied to several various things , not just on crowdfunding.

Banks could use it to issue loan or to supply automatic payments.  Postal companies could use it for payment on delivery then on. Insurance can be claimed in an organised mannner.

Where can you start to avail the Smart Contract facility?

Smart contracts are often programmed during a special programing language called solidity. This language specifically created and it uses syntax that resembles JavaScript.

It’s worth noting that Bitcoin also has support for smart contracts although it’s tons more limited, however now the developments are ongoing .

Small contracts have a misguiding name. (But Shakespeare did say: What’s during a name?)

They aren’t truly smart like humans and that they are not really contracts as in pages and pages of legal lease where you sign at rock bottom . they’re pieces of code that codify business records and at the core they facilitate three functions.

You can consider them as very secure vending machines. For example- every slot machine features a rule that if you insert a dollar you’ll get a snack of choice then once you go and insert actually a dollar it verifies the right amount. After verification – voila! You get a snack of your choice.

That is exactly how smart contract works. and since they’re Blockchain application there’s no intermediary, there’s no broker, there’s no escrow agent, there’s no government corporation, not even a lawyer! It executes automatically. So to summarise smart contracts are pieces of code they’re very secure and that they self-execute.

That is very exciting and therefore the world of business is within the process of embracing smart contracts. Wen will witness numerous applications in Internet of Things, Financial sectors, supply chains and various other trade related sectors.

But what’s so exciting about smart contracts?

Smart Contracts are exciting because they need a possible to unravel problems like never before.

For example there’s an Indian start-up that’s rethinking census and that they are building a decentralised protocol using smart contract. Census may be a very powerful tool in our country with a population of 1.3 billion. Census is how we determine the way to distribute our economy every fiscal year .

Census is how we determine where we should always build schools, roads, highways, hospitals, bridges, etc. So, census is extremely important. So this begin collects questions from the people than it collects answers from an equivalent people. then it securely stores it all on Blockchain anonymously. So this manner our legislators can really get a representative presentation of who we are as citizens and what’s that we would like .

For example, another business start-up is working on connecting farmers, landowners and consumers. It allows putting small lease agreements on Blockchain using smart contracts and facilitates renting of small parts of land. Small plots of land add up to a big field. (If I owned a house in Maharashtra and I don’t have time or interest to garden I can rent my backyard or if I have a roof for somebody to cultivate crops.)

The benefits of farming are huge. It allows to decrease our carbon footprints and to build tighter communities. It’s an opportunity to teach our future generations where food come from and most importantly to grow our own organic chemical free delicacies.

That sounds a little dry for commercial grounds. But it actually has life-saving applications. In India over a 2 Lakh people are waiting for Kidney transplant every year. On an average it takes three to five years for one person to get a transplant. In one parts it takes up to 10 years. Only 6000 transplants are happening in reality. The real bummer is that the longer you wait, the less likely the transplant is successful.

There is a solution to that! Many hospitals allow somebody in the patient’s family to donate organs. But the challenge is that the donor is not always a match.

There is a solution to that as well! Hospitals allow a swap, for example if a Donor is not a match with a patient, they can swap with another donor and patient. The challenge here is that it is highly geographically limited and time-consuming.

So two women- one from Germany and one from France recreating a protocol with smart contract that not only allows them to match a pair of donor-patient but also for successful timely operations. (Kidner project)

For example, in India you can get prepaid sim cards of Jio only if you have a Aadhar card. For international students and temporary visitors, it becomes difficult to obtain a sim card and avail other government benefits. With the help of smart contracts, the authorities can verify their knowledge from the stored data.

Using smart contracts, they can borrow from their network, so not only can they survive they actually can build credit and have a chance to thrive in foreign lands and actively contribute to our economy.

What if we extend this solution to 70.8 million refugees around the world who on an average stay in host country for over ten years and yet are struggling to make ends meet.

Smart Contracts and how they can affect Industrial sectors:

Buying and selling of property is currently done offline and may be a lengthy process which frequently involves a number of middlemen. Once land records are digitised, all the property’s details and owner’s details are going to be available on a secure Blockchain that might presumably be maintained by a government authority.

Many industries would enjoy the efficiency caused by this Contract. Some use would be for insurance industry for processing claims, banking to verify person’s credit rating and disburse loans consistent with predefined standards and tracking of paybacks and EMIs, pharma industry to trace and verify the authenticity of medicine , private companies would use this for tracking their inventory, production throughput and customers could bid on the merchandise pipeline giving companies the very best possible price for his or her latest batch of products.

Peer-to-peer lending is one area that’s already getting used by Blockchain community. From online voting to tracking of state spending, the uses of Smart Contracts on a Blockchain are virtually unlimited. 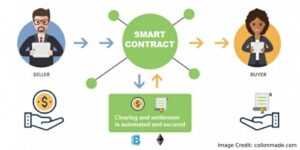 Smart Contracts integrate science and arts in order to solve world problems with data provided in the commercial format.

When we usually think about a better secured world we don’t think about block chains or bitcoins or even smart contracts and its partially because these technologies are misunderstood.

Of course with funny unusual names, very complicated technology and lots of maths, nobody is to blame for not understanding them. But I’m convinced on the fact, once we realise that we can use smart contract to solve long standing problems we will attract talent from all over the world. We will be able to leverage the creativity and knowledge and build a better world relying on Smart Contracts and Blockchain.