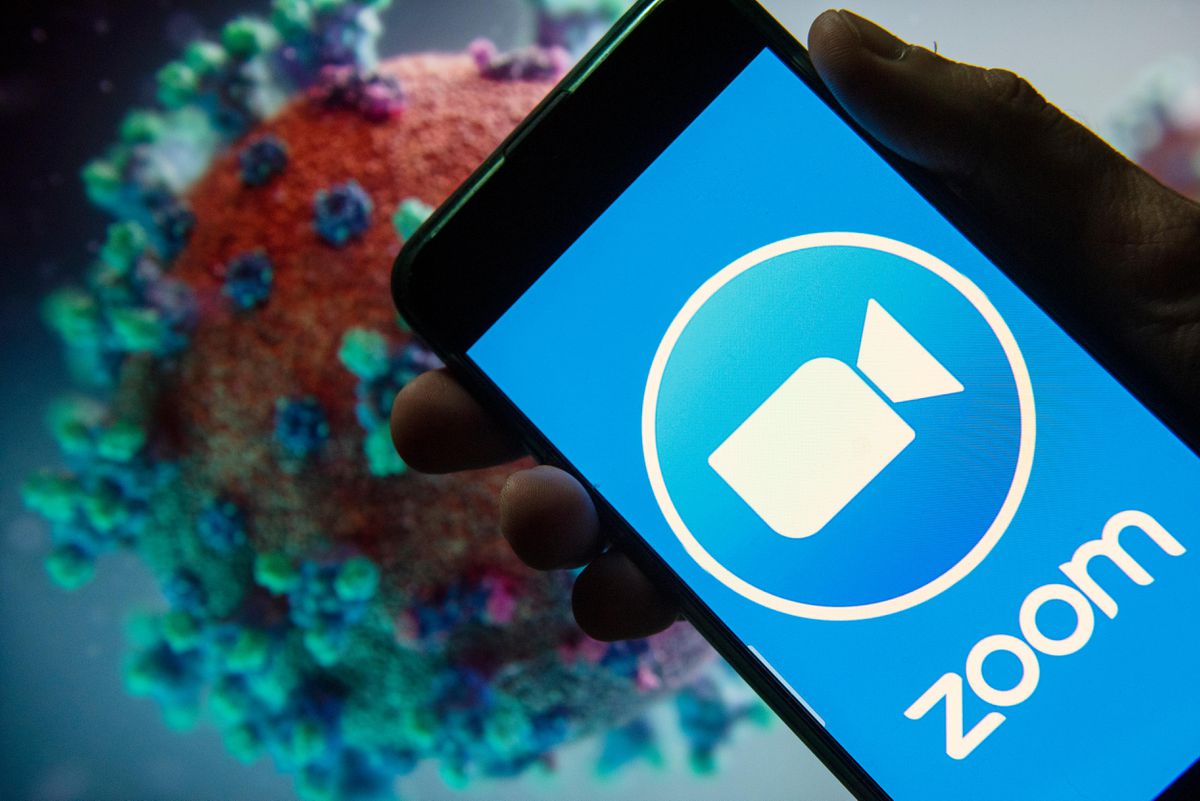 In 2020, we witnessed many drastic changes in our lives, from catching an early morning bus enroute school to clicking the link and joining an early morning online lecture. From waiting for the weekends after a long week at work to working from home without the knowledge of what day it is.

All of us have at least once used this video-conferencing application popularly known as- Zoom, in the wake of Covid-19 Pandemic.

In light of the current crisis, the video conferencing app has become the standard for connecting with others “face-to-face” in not only Business but also personal settings.

Zoom is now the video communication platform of choice of federal governments, tech start-ups, religious communities and of course to connect with our loved one’s- friends and family. I recently attended a Zoom Wedding as a virtual guest!

On 1st September 2020, the shares of Zoom rose up to 26% in a swift surge in the US trading charts. Overnight the company marked a profit revenue of $663.5 million till now.

CEO Eric Yuan is now in the list of entrepreneurs whose net worth went up in the Pandemic at an incredibly less period. On day one of the revenue surge his fortune was added by $4.2 Billion and by today it will be $20 Billion and more.

Amazon’s Jeff Bezos saw his net worth grow by $13 billion in one day in July, and Tesla’s Elon Musk added $8 billion in 24 hours last month. Two of them breaking records of their own and others as well ,  with Jeff Bezos surpassing $200 billion and Elon Musk exceeding $100 billion last week.

Zoom has been one among the clearest beneficiaries of the coronavirus pandemic, with businesses and academic institutions turning to the service to figure and teach remotely.

But, with the services of Zoom being free for the users, how are they making money and generating this sort of revenue?

In simple terms, Zoom operates on what is popularly known as the ‘freemium business model’ wherein it provides free limited services to hook users and then turns them in premium subscribers in exchange for better upgraded services.

To average users, it might feel like ZOOM is just a video conferencing tool, but zoom provides more services than just that.

The birth of Zoom and its growing years:

Zoom was founded by Eric Yuan, a former corporate vice chairman for Cisco WebEx. He left Cisco in 2011 with 40 engineers to start a new company. The new business had trouble finding investors because many people thought the video telephony market was already saturated with application like Google meet, WhatsApp video calls and Cisco WebEx.

For a year Zoom had no users or customers. After a year of hustling, zoom signed its first customer – University of Stanford. By the middle months of 2013, Zoom had hit the 1 Million users mark.

During the COVID-19 pandemic, Zoom saw a major increase in usage for remote work, distance education, and online social relations.  Educational institutions around the world opted for online classes via Zoom. The company offered its services for free to schools in many countries.

By February 2020, Zoom had gained 2.22 million users in 2020- more users than it amassed in the entirety of its existence since 2011. On at some point in March 2020, the Zoom app was downloaded 2.13 million times. Daily average users rose from about 10 million in December 2019 to quite 300 million daily meeting participants in April 2020.

This led to a rise within the company’s stock price in early 2020, despite a general stock exchange downturn. Zoom stock went from less than $70 per share in January 2020 to $150 per share by the end of March. By June 2020, the company was valued at over $67 billion.

At present, September 2020, a single share of Zoom cost $325 i.e in percentage a rice of 8.63%.
This news sent the stock zooming in after-hours trading.

Markets closed at 4pm Eastern Standard Time. The stock closed at $325. Half an hour after the shuttig down of market for the day, traders rocketed the stock to $355. Two hours later, it hit $407, before settling down at $400.

Zoom made more money in three months of 2020 than it did in all of 2019. Profits also doubled. The secret is out: How ZOOM makes money?

1. ZOOM MEETINGS
The basic plan is free, but it has restrictions like a 40-minute time limit & 100 participants at most for the group meetings.

Zoom room plans are available through a subscription, starting at $49 per month fee for one room.
Annual Subscription of $415.83 can save Up to $890 every month.

So even if you are in the middle of a video conference, you would not be interrupted by an outside application even for emergency and urgent voice callings.

With Zoom Video Webinars, users can host online web conferences with up to 10000 participants.

Zoom’s Biggest Competitors Are right on its tail.

Almost the entire Global population is now availing the services of Zoom. Its rivals are trying to get a piece of the action. Feeling the threat of Zoom’s growth and analysing the booming demand it has, Mark Zuckerberg, Facebook’s chief executive, ordered employees to ramp up and focus on the company’s own video chat projects, especially as use of its products also increased.

Facebook unveiled one among its biggest expansions into videoconferencing with several new video chat features and services. They included video group chats for as many as 50 people on Facebook Messenger, WhatsApp video calls for up to eight people and video calls in Facebook Dating.

Google introduced the GoogleMeet app which can be opened with email and not even a app. Cisco recently promoted its WebEx teleconferencing service as highly secure compared with Zoom. And Verizon announced last week that it was acquiring Blue Jeans Network, a videoconferencing service.

Tech and telecommunications giants are mobilizing against Zoom because the Silicon Valley company has become one among the most important tech beneficiaries of the coronavirus outbreak.

Zoom emerged as a transparent front-runner, owing largely to word of mouth about its ease and ease . It has been the most downloaded app in Apple’s App Store for more than a month.

Criticisms zoom in on the app, from security concerns to privacy breach:

The famous conferencing application Zoom has been having a Moment during the Covid-19 pandemic. But it’s not all positive.

As many folks’ office and societal lives has shifted to digital world, Zoom App was blown up. But with this success put the app on the spotlight open to inspection from security and confidentiality examiners and they kept discovering additional glitches.

During the pandemic, a type of online abuse known as ‘Zoom-bombing’, in which trolls abuse Zoom’s default screen-sharing settings to take over meetings—often with racist messages or pornography—has also spiked.

The recent blemishes are compounded by the fact that even before the pandemic, Zoom had a reputation for prioritizing ease of use over security and privacy. Some even accused Zoom of selling data to not so notorious Facebook.

CEO Eric Yuan shows how to respond to criticism the right way:

It takes years of criticism to get a company to do the right thing. But in some rare once in a while scenarios, it can happen overnight.

On 1st April, 2020, In a blog of their own, Yuan issued a public apology and a detailed transparent plan as well, these were his concluding words:

Transparency has always been a core a part of our culture. I am committed to being open and honest with

you about areas where we are strengthening our platform and areas where users can take steps of their own to best use and protect themselves on the platform.

We welcome your continued questions and encourage you to supply us with feedback – our chief concern, now and always, is making users happy and ensuring that the security , privacy, and security of our platform is worthy of the trust you all have put in us.

Together, let’s build something that can truly make the world a better place!

Zoom is now getting used by many people for work and leisure, as lockdowns are imposed in many countries.

Zoom CEO admitted that despite “working around the clock” to support the influx of new users, the service had “fallen short of the community’s – and our own – privacy and security expectations“.

“For that, I am deeply sorry,” Zoom CEO Erin Yuan wrote.

When companies deny the accusations and swipe it under the carpet, ZOOM owners has taken full responsibility and also promises to fix each and every problem. Yuan has really set a trending inspiration for many young and budding entrepreneurs by not forgetting his Corporate Social Responsibility even after making a fortune overnight.