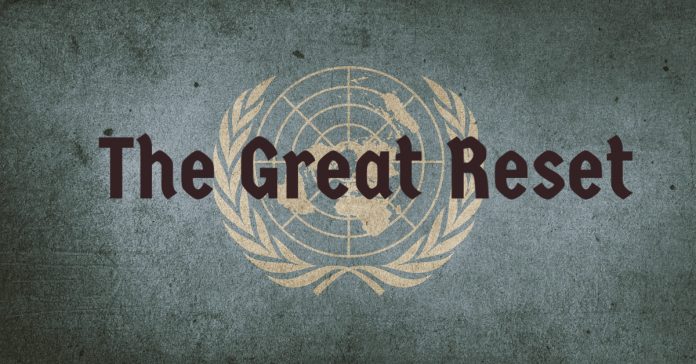 A Great Reset: But Why?

Necessity is the mother of all inventions, and the year although plagued with the horrible effects of the pandemic ends on one silver lining. It was a year which led to a plethora of necessities and along with-it inventions and possibly even the spark for the fourth industrial revolution. However, societal progress is not unidirectional, yes technological advancements do play a major role in advancement of society as a whole but we often tend to neglect what drives said technological advancements, the economy.

Given how severely the economy has been impacted in the wake of the coronavirus pandemic, it was bound to be the hot topic of discussion for world and industry leaders across the board. A report published by the Financial Times perhaps to no one’s surprise detailing the actual depth of disparity caused by the pandemic paints a worrisome picture. Global government debt is at an all time high in peacetime, not to be outdone, unemployment has skyrocketed across nations rich and poor, consequently the International Monetary Fund estimates a 3% shrinkage of the global GDP by the end of 2020 signalling a 6.3% downgrade in just four months.

Failing economy however affects more than just the fiscal position of nations, the effects of such a calamity is far reaching and its consequences dire. As revealed by an appeal filed by David Boyd, UN Special Rapporteur on Human Rights and The Environment after nation states announced plans to lower environmental standards to which Mr. Boyd responds says – “Scientists warn that deforestation, industrial agriculture, illegal wildlife trade, climate change and other types of environmental degradation increase the risk of future pandemics, raising the probability of major human rights violations”, he adds “The short sighted decision to weaken or suspend environmental regulations will make things even worse. Instead of, governments need to accelerate efforts to achieve the 2030 sustainable development goals, because a healthy environment is an effective way to prevent pandemics and protect human rights.”

Rising inequality has also been the epicentre of social frustration. According to the Institute for Policy Studies, between March 18th and April 10th unemployment rate in the United States climbed to 15 % while combined wealth of America’s billionaires increased by $282 Billion amounting to a 10% surge. Ominously named as the “pandemic profiteers” these individuals have enjoyed a new worth surge upwards of $ 1 Billion. This problem however is indicative of a larger issue and a disturbing trend-

Given how much these issues have already affected our societal fabric, it is high time that we take a page out of history’s annal’s and make radical changes to impose incremental measures and go beyond ad hoc solutions. If anything, the pandemic has shown us how quickly businesses and individuals can adapt, dropping age old practices such as having discrete office workspace, frequent air travel, among other things.

So, who shall be the harbinger of such monumental change? International Monetary Fund has recently announced its intention to catapult “The Great Reset”. Claiming that it is high time that a seismic change in which society works, to review and reflect on our flaws and to bring changes to make the world more environmentally sustainable, equitable, and ultimately socially responsible.

World Economic Forum in its proposal has announced three main components to the great reset agenda, although they vary in their specific goals and approaches, they are common in their theme of having stronger and more effective government control, a shift towards stakeholder capitalism, and willingness of private sector to engage in this campaign every step of the way.

With that being said, lets look at the three-point agenda on the board of WEF.

Primarily, to steer the market towards fairer outcomes. This is on the list of long overdue market reforms to promote a more equitable outcome. To this end, government should put in place regulatory measures to ensure certain integral developments such as improvement of coordination in tax regulation and fiscal policies, upgradation of trade arrangement, and create conditions for a more “stakeholder economy” conditions. The situation current is one of diminishing tax bases and seemingly endless public debt, national governments do have an incentive to implement such reforms.

Secondly, The Great Reset must ensure that shared goals are advanced by collective investments and promote shared values such as equality and sustainability. WEF uses the United Nations Sustainable Development Goals as a framework for this new world order. As governments across the world are in process of raising funds for post pandemic relief proframs representing a large-scale spending program giving grounds for a major opportunity for progress.

For instance, the European Commission has declared plans for a $ 826 Billion recovery fund and the same is to be found across major economies globally. Instead of utilising these funds apart from investments from private entities and pension funds to fix the problems within the antiqueted social system, to create a new one which carries the baton of resilience, equity, and sustainability in the long run.

This could mean investing in large scale drive for ‘green’ urban infrastructure and incentivising industries to create solutions which are in line with the SDGs as prescribed by the UN. Goals such as No Poverty, Zero Hunger, Universal Healthcare & Education, among other imperative issues must be met in order to create a more humane era of prosperity.

The third and final leg of The Great Reset stands on the principle of harnessing the innovations of the Fourth Industrial Revolution to not only support the public good by addressing health and social challenges but to actively make use of technologies such as green energy, waste management, mass healthcare runs, to name a few. The pandemic has brought together institutions to develop diagnostics, vaccines, testing facilities, and mechanisms to trace infections not to mention monumental developments in the field of telemedicine. Such efforts if implemented in times of normalcy could spell the beggining of a new era of socially inept growth fueled by long term goals.

A Note To End On:

Rest assured, such a paradigm shift in the very social fabric would be an uphill battle. However, it would be one which is not only needed but one we cannot do without. The pandemic itself is a wakeup call to reflect on the systemic flaws of the status quo. It is high time that we take a stand, debate, and refine the new world order in a collective effort to stitch a new societal fabric based on the ethos of sustainable growth, universal equity, and humanity.