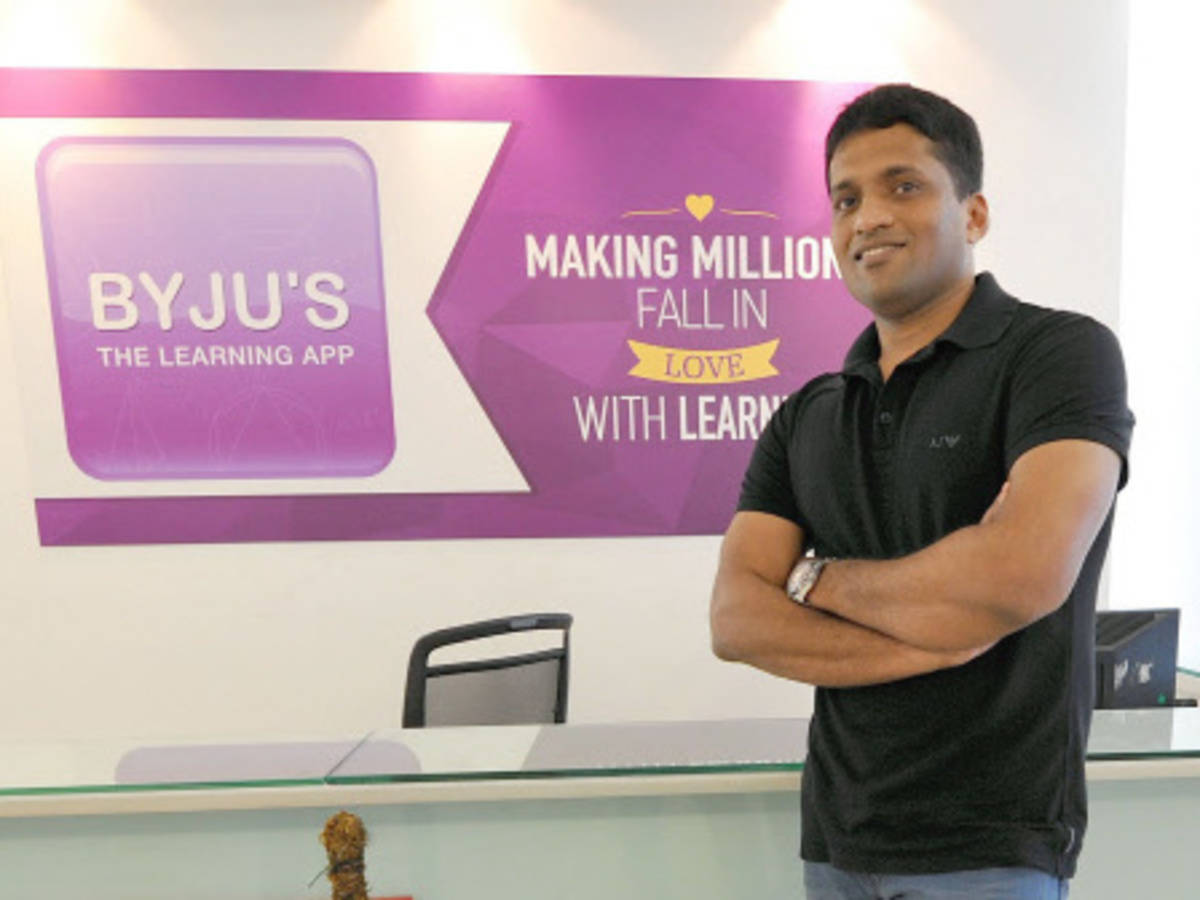 From being India’s first Decacorn to inventing fictional characters for false advertisements, BYJU’s truly has a rich story and claim to fame. Started in 2011 by the titular Byju Raveendran the BYJU’s app was nothing more than a platform for teachers and students to learn complex mathematical concepts through audio-visual means and retain those better. The world’s largest ed-tech firm today had its humble beginning in Raveendran teaching shortcuts to his group of friends which helped them crack the much-coveted IIM entrance examinations. So, let’s figure out the reason behind Byju’s titanic rise to fame in today’s cover story on the Decacorn that almost bit the dust not too long ago!

One of the most enduring qualities of an ambitious middle-class kid growing up in this rapidly changing world is the unwavering and resilience. Raveendran shares a similar story, hailing from a small coastal village in Kerala called Azhikode he was initially working in an UK based shipping company as an engineer. However, even after receiving a hundred percentile in the IIM entrance he chose to pursue his passion of teaching.

i believe when you take sessions in auditoriums, you’re creating a kind of fan following. you can’t do a math class in a stadium. it has to be a math performance.

What started off as room sized classes quickly became large auditoriums full of students and the road ahead was long but clear.

Before we discuss about how the company ended up being the world’s most valuable ed-tech, it is important that we understand the mechanics behind the company and the philosophy it embodies. Admittedly, the company’s goal is the bridge the ever-widening gap between the much-criticised Indian education system and making students internalise and actually love what they are learning. BYJU’s achieves this by creating high quality interactive learning material through quizzes, visualisations, exercises, and beautifully rendered graphic animations.

Given the company’s segmented target audience and its 35 Million registered users, it is evident that the tactic actually works. One of the reason BYJU’s enjoys such a high growth rate however is because it knows how to deliver to its specific target group.

At the end of the day, it’s the student that’s getting served no matter what their professional requirements may be.

BYJU’s Journey to The Top If we are to understand how BYJU’s reached this one-off position, it’s important that we understand how the company generates its cashflow. At the end of the day, cash is king. Over here we run into a problem. BYJU’s is excessively bloated with investments started with its seed funding from Aarin Capital in 2013 to $785 Million in 2019 from stellar capital funds such as Sequoia, Chan-Zuckerberg Initiative, Tencent, to name a few. As of March 2018 the company was an unicorn and by June 2020 it reached the Decacorn stage with investments by Mary Meeker’s Bond Capital now being valued at almost $11 Billion.

Now where is this investment going? Quite simply the company has been increasing its advertising and promotional expenses and promotional expenses to INR 188.5 Cr posting a 77.3% hike from last year. But does the company’s revenue reflect the success of its marketing campaigns? You might be surprised to learn that despite having more than 25 Million new users since 2020 on the platform, the world’s largest edtech could not meet its target of $150 Million net profits. In a sector where the gross margins are often as high 60%-70%, the company has blown up so much money in its marketing, investing in an office space in Bangalore, and its increased investments in Tier 1, 2, 3, and 4 towns has overstretched the company’s coffers.

One thing any b2c startup which has failed in India understands is that it is a price sensitive market. Subscription fees of ₹ 15,000 to ₹ 20,000 per year is simply beyond the means of most students in this nation where the annual median per capita income stands at a mere $616 (₹ 46,000). In this market, doesn’t matter how much value a company is providing there’s no way a market penetration can be achieved. However, I am sure Raveendran understands this but cannot do anything about it following the pressure from his international investors who time and time again have failed to understand the Indian market. In the end, the current situation of the pandemic will end. The fear-of-missing-out aspect which resulted in an onslaught of subscribers on the platform, will come to an end. What will BYJU’s do then? Can the company turn the tables in the years to come or will it buckle like Micromax and Theranos? Only time can tell.