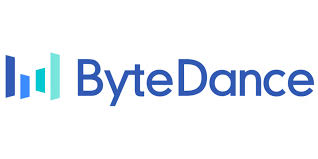 With TikTok being banned from India and facing severe criticism in America, a lot has been happening for the company during the last few weeks. But now, the situation turns as its parent company, ByteDance, accuses Facebook of plagiarism.

ByteDance produced a statement, claiming that it has always been an organization committed to becoming a global company. In their pursuit of being a global company, they came across “all kinds of complex and unimaginable difficulties” which they had to overcome. They also had to put up with “tense international political environment, collision and conflict of different cultures and plagiarism and smears from competitor Facebook”, they informed by the same statement.

The Chinese company issued the statement late Sunday night. Though the accusation came without any delay, they have not followed it or explained it further.

However, if we look back, last year Facebook tried to take a blow at the Chinese company. Their CEO Mark Zuckerberg accused that the company’s application TikTok was censoring political protest. ByteDance denied all claims made by Facebook then. Facebook, too, has not made any further comments and did not elaborate on the allegations.

In recent weeks all eyes have been on the US government. They produced statements that highlighted their aim to ban the Chinese application TikTok from the country. Since then, Microsoft also has shown interest in buying the US division of TikTok from ByteDance. The pursuit is nearly over as Microsoft is much closer to finalize a deal with the company. The US president, Donald Trump has provided the Chinese company, ByteDance, 45 days to strike a deal with Microsoft.

Facebook in the past week has faced antitrust hearing and an antitrust investigation is currently active against them. They have also faced a tremendous level of criticism and allegations. Some being of the forceful acquisition of its competitors likes Instagram by threatening their CEO. With the forthcoming of this new update, it is about to be seen how the company responds.