Toshiba has brought in an outsider to lead the company after facing record losses and scandals. Nobuaki Kurumatani is going to be the CEO of the company. He has been the representative director of CVC Capital Partners Ltd. He was the former vice president of  Sumitomo Mitsui Banking Corp.

Satoshi Tsunakawa, who was the CEO of the company, is stepping down to become the chief operating officer of the company. This role will be effective from April 1.

“I will draw on all my experience and devote all my efforts to rebuilding Toshiba Group, by recovering and strengthening its financial base,” Kurumatani said. The company has been losing billions of dollars in the nuclear energy operations. They are now focusing on selling crown jewel memory units. The new CEO will have to face a lot of challenges in restoring the dignity of the company.

The company said that they will no longer include the chip business as it has led them to a loss of 182 billion yen for the three months ended Dec. 31 in total. Now the company is focussing on making a net income for the year as 520 billion yen. Kurumatani has spent his life in the banking sector and been the member of the board at Sharp Corp.

The company is waiting for China to grant approval for chip deals and regulators as the deadline is 31st March. And if the deal doesn’t close by then, then Toshiba has the right to terminate. This could give Toshiba a better stable footing or else it could undervalue the business by several billion dollars. 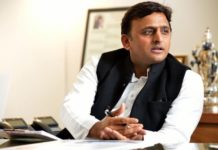