The alliance was set after discussion between the two companies. The local unit of Toyota Motor Corp. is scrutinizing the feasibility of making Suzuki cars in its factory outside Bengaluru. The research also includes deciding the model which the company would produce.

A live mint’s anonymous source said, “The utilization of Toyota’s second plant is very low as the Liva hatchback and Etios sedan are manufactured there. So there is ample free capacity to be utilized.”

What’s in it for Toyota?

Toyota will be capable of enhancing the capacity utilisation at its second factory located on the outskirts of Bengaluru. Presently, the plant produces Toyota Etios and Etios Liva whose sale counts are not very impressive.

What’s in it for Suzuki?

Maruti Suzuki owns two plants in India. A third plant run by Suzuki in Gujarat is not fully functional to utilise its full capacity. Alliance with Toyota will allow Suzuki to enjoy benefits of more capacity.

Reportedly, the alliance is likely to be a win-win situation for both the companies. Toyota will be able to utilise its plant to full capacity whereas Suzuki will be able to make use of the required technology.

There is still no information about which of the two car manufacturer will invest in the production of Suzuki vehicles or whether these Toyota-made-Suzuki cars will be exported or sold in the Indian market. 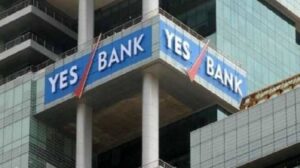