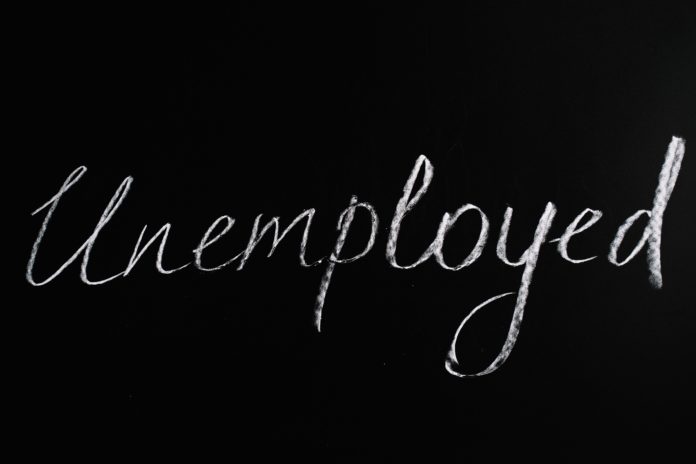 March 23, 2020, hit every Indian with the news that there will be a nationwide lockdown for 21 days. Unaware of the consequences and the continuity of lockdowns, snatched many jobs of the people in Urban set up and left the vulnerable section with no income.

Lockdown gifted the daily wage earners a standstill in life and with the only option of the mass exodus- back to their villages. Who doesn’t remember the eyes of the children and their migrant parents longing to go back to the haven, what they call ”Home”. Many migrants, in pursuit to reach their homes, left their work which “they had” in cities.

On one side, it became hard for the city dwellers to connect with plumbers, shoe menders, electricians, carpenter amongst others. On the other hand, urban employees were bombarded with the news of retrenchment and lay-offs in big corporates every day.

The every day “Breaking News Syndrome” persuaded most of the Indians that Covid-19 is the only reason why our Indian brothers and sisters are losing their jobs.

Covid-19 has “naked” our system. It has brought out all the loopholes that were ignorant for long. Particularly in urban reality, the poor infrastructure, skilled yet technologically handicapped workforce has put forth a question on the system, the one we have been a part of, since birth.

Unemployment is not a “New Illness in India”. It has started to show symptoms a long time back. A research paper “India’s Employment Crisis: Rising Education Levels and Falling Non-Agricultural Job Growth” by Santosh Mehrotra and Jajati Parida published by the Centre of Sustainable Employment at the Azim Premji University in Oct 2019, analysed the “Employment and Unemployment” and “Unincorporated Non‐Agricultural Enterprise” survey data of the National Sample Survey (NSS), the data collected during 2004-05, 2011-12 employment and unemployment rounds and the 2017-18 annual report by Periodic Labour Force Survey (PLFS). They found out that for the first time in Independent India, the total number of employed people declined between the period of 2011-12 and 2017-18.

It showed 474 million people employed in India fell to 465 million in 2017-18. During the same period, the unemployment rate rose to 6.1 per cent from 2.2 per cent, the number of unemployed reaching 30 million from 10 million in number.

In the already gloomy scenario of employment in India, Covid-19 has shocked the workers with lay-offs induced by the pandemic.

In December 2020, The data released by the latest round of the YouGov-Mint-CPR Millennial Survey conducted online in October- November 2020 showed the young workers amongst those who suffered the most by the spate of layoffs, occurred in the wake of the pandemic-induced lockdown.

The YouGov-Mint-CPR Millennial Survey reached out to 9,839 respondents across 203 cities. Out of it, 4,807 were millennials, 2,051 pre-millennials, and 2,981 post-millennials. It was a joint initiative by the Indian arm of the global market research firm YouGov, Mint, and the Delhi-based think tank- Centre for Policy Research (CPR).

It suggests that 17% of millennials and post-millennials have lost their jobs while Among the older lot of pre-millennials, the share amounts to less than 15%.

But, in the survey, older workers expressed despondency about job prospects in the economy. They found it difficult to get their lost job back.

Whereas YouGov-Mint-CPR Millennial Survey shows the status-quo of unemployment amongst the Urban population, ‘The Rural Report’ prepared by the news portal Gaon Connection and the Delhi based Centre for Study of Developing Societies, which came out in August 2020, found that over 68% of rural Indians suffered a monetary crisis while 78% found work coming to a complete standstill.

The survey conducted focused on face-to-face interviews with respondents in 179 districts across India. The report says, about 71% of the rural households reported a drop in income, the poor being the most badly affected. Of the 17% of economically poor households not possessing any ration cards to access highly subsidized food grains, only 27% responded that they received wheat or rice from the government.

The survey results bring out the sombre picture of reality. Out of total, 23% of the respondents had to borrow money to run their livelihood, while 8% had to sell a valuable possession like a mobile phone or a watch. To escape from the job loss and pandemic shock, 28% of the migrant workers said that they were unpaid for the work they had done in cities.

The survey negated the “popular view” believing- rural areas faced minimal disruption due to the lockdown, and the economy is standing on its feet owing to the financial support from a clutch of government schemes.

With the harsh picture painted by the pandemic-reality check, it is necessary that before things slip out of hands, in terms of Infrastructural and policy measures (beyond MGNREGA), the government “should” start thinking about inclusion of “semi-skilled and unskilled labour” in the employment.

On the way forward on this point, Dr. Arup Mitra, an Economics academician at Delhi University said, “Two important strategies need to be followed. One, the rural non-farm sector will have to be developed properly. The lack of rural industrialisation and demand induced activities has resulted in a residual absorption of the surplus labour in several low productivity activities. Significant investments will have to be made to create productive avenues in the rural non-farm sector. Secondly, the urban informal sector will require support from several angles. Assistance in terms of credit and marketing, information dissemination relating to the introduction of new products, availability of space to operate the business and controlling the role of the labour and business intermediaries are some of the important ones.”

The starkly dark reality of the unemployment scenario had always existed in India. It is just that Covid-19 has alarmed “the long-term unemployment” in the coming years. It was a deep-rooted issue that has now come to the surface. Every year, a new population of prospective job holders join the already existing pool of people looking out for job opportunities. Every year, many students pass out from educational institutions and hope to get a reward-worthy job. But, if jobs will not be there, how will we cope with the existing dismal and dingy situation?

On top of it, with the increased government borrowings, and privatizations of non-strategic sector PSUs, there will be an impact on the scenario of employment.

Commenting on this, Dr Arup Mitra said, “Unemployment may rise if government borrowing will not be spent on productive channels. Similarly, privatisation may result in the application of cost-cutting mechanisms that may harm labour significantly. Reductions in recruitment and retrenchment are some of the possible outcomes as they come as an easy solution to reducing the losses and raising profitability.”

People want to blame it on Covid-19 for the explosive rise of Unemployment. Indeed, Covid-19 is a factor. But how can one ignore the role of poor absorption of the young population in the workforce, lack of skill-set, uneven distribution of wealth, differences in pedagogy around the country?

“In general, the employment scene has been quite bleak. Sluggish economic growth, mechanisation and adoption of capital intensive technology, the lack of knowledge, skill and the supporting infrastructure to use the resources (including the technology) to the best possible extent, the lack of motivation to innovate suitable technology, importing technology without having the prerequisite to use it optimally and the mismatches between labour demand and supply are some of the causes of sluggish employment growth in the economy,” said Dr Arup Mitra, professor DU.

“In the urban context particularly, the poor employability of the workforce must be considered. Even among those who are treated as skilled, the quality of education and technical know-how is far below the international standards. The poor infrastructure base including the availability of power is another factor. The rent-seeking attitude and corruption spreading out widely to the grassroots level cannot be ignored. In response to all this, the FDI and private investment have shown up without a significant dent. Research and development expenditure incurred by firms is not always genuine. Hence, it does not necessarily result in productivity growth which could have enabled firms to undertake additional investment and create employment to keep pace with the increasing labour supplies,” Dr Mitra commented on the overlooked factors contributing to unemployment.