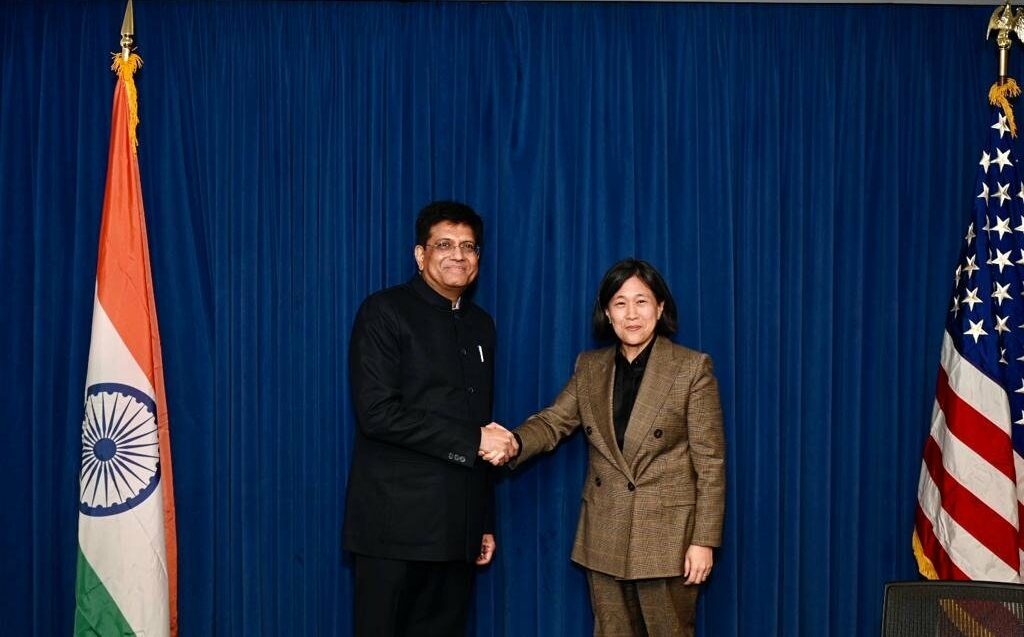 Commerce and Industry minister Piyush Goyal held a one to one meeting with United States Trade Representative’s Ambassador Katherine Tai. The Ministers underlined the significance of the Trade Policy Forum in forging bilateral trade ties and enhancing the bilateral economic relationship to benefit working people in both countries.

Goyal visited Washington D.C. between 10-11 January 2023 to participate in the 13th Ministerial Meeting of the India-U.S. Trade Policy Forum.

The Ministers appreciated that bilateral trade in goods and services continued to rise rapidly and reached about $160 billion in 2021. They reviewed the work done by various working groups which were activated since the last TPF meeting and directed that work be maintained to advance those issues towards resolution.

Ambassador Tai welcomed India’s G20 Presidency and said the United States looks forward to working together in the Trade and Investment Working Group.

The Ministers appreciated the ongoing, more intense conversations as well as future discussions regarding the two nations’ unresolved WTO cases in order to reach suitable resolutions in the upcoming months.

The completion of the Turtle Excluder Device (TED) design was appreciated by the Ministers. The United States and India working together to move the TED trials along will guarantee that the TEDs are successful in reducing the negative effects of fishing on sea turtle populations and will reopen the market for the export of wild caught shrimp from India.

The Ministers noted that the movement of professionals and skilled workers, students, investors, and business travellers between the countries significantly contributes to strengthening bilateral economic and technological partnership. They also acknowledged the constructive engagement of the Services Working Group under the Trade Policy Forum.

The Ministers supported stepping up efforts to get quick results in the topic and acknowledged that discussions on a Social Security totalization agreement were still in progress.

To further promote trade in professional services, they urged their regulatory authorities to hold conversations on knowledge sharing, capacity building, and qualification recognition. The Ministers also observed improved Fintech sector cooperation. They also explored the possibilities of telemedicine services, in particular, as a component of continuity of treatment during medical emergencies.

As vibrant democracies, both India and USA are natural partners and have trade complementarities, long standing strategic and economic relationship, and people to people contact. The two countries are also collaborating under the QUAD, I2U2 and IPEF.