Zomato could receive an initial investment of $100 million from US investment firm Tiger Global, with an option for further infusion of another $100 million. The company is reportedly planning to issue an IPO next year.

Indian food tech unicorn Zomato may receive an investment of up to $100 Mn from US-based investment firm Tiger Global Management, with an option to inject another $100 Mn, ahead of a proposed initial public offering (IPO) by the Indian startup next year. Both parties are in talks for a total investment of up to $200 Mn.

Zomato is also looking to raise funds from Temasek Holdings after plans to raise funds from ANT Financial hit a roadblock. Due to the implementation of new FDI rule, any country that shares a land border with India must seek government clearance over any investment proposal

Zomato in January raised $150 million from Ant Financial. However, at that time, Zomato only received $50 million as a part of the first tranche of the investment. In January, the funding from Ant Financial valued the online food delivery startup at $3 billion.

Tiger Global counts other Indian unicorns such as e-commerce giant Flipkart and online insurance aggregator PolicyBazaar, among others, in its portfolio. The investment firm has reportedly valued Zomato at $3 Bn, which is the same valuation at which the Indian food delivery startup is looking to raise funds from existing investor Temasek Holdings, a Singapore-based investment company. In June, Inc42 reported that the attempts to raise funds from Temasek are a rescue act, after the company’s plans of raising funds of ANT Financial. 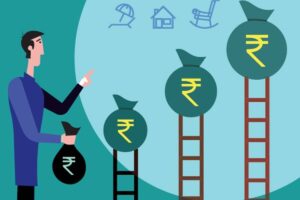 Temasek started investing in Zomato in 2015. So far, it has invested almost $41 Mn for a 3% stake in the Gurugram-based food delivery business. Its latest investment in Zomato is a part of the larger $500 Mn round.

The proposed funding by Tiger Global and Temasek is part of big-ticket investments that Zomato is looking to clinch ahead of a targeted IPO next year, said the person quoted above. The company is aiming to reduce cash burn and show a clear path of profitability, if not outright profits, ahead of the IPO, according to this person.

Zomato is looking to reduce its cash burn and show a clear path to profitability ahead of a proposed IPO next year. However, the financial disruption caused by the Covid-19 pandemic has seen food delivery startups such as Zomato and Swiggy suffer a significant loss of revenue. Both companies have announced layoffs for several employees this year, and have also tried to partner with e-commerce companies to offer logistics support, while also transitioning to grocery delivery business. 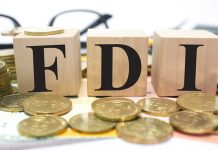