The risks of U.S. losing its status as the world’s largest economy by the end of the decade to China are high if it doesn’t plan to increase its legal immigration quota. This comes after a study that was conducted by a tech industry group that particularly favors admitting more foreign workers.

The report poignantly projects that the American economy could be three-quarters the size of China’s by 2050 under current U.S. population trends and immigration levels, if the issue is not tended to. An immigration advocacy group namely, FWD.us, founded by tech industry leaders, conducted the study in conjunction with George Mason University. 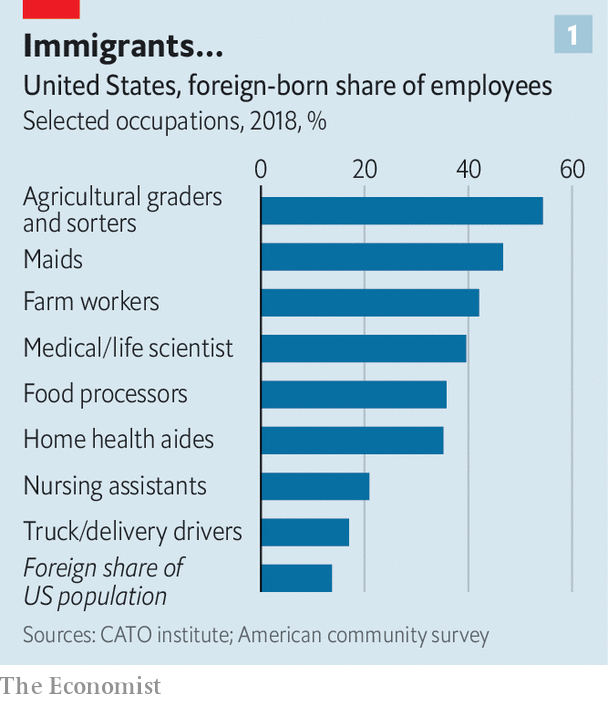 As it is known, President Trump was quite skeptical of immigrations infiltrating through America’s borders during his tenure, so much so that he fruitfully used the pandemic situation to suspend migration tactfully. The Washington based Migration policy institute had estimated that at least 1,67,000 workers and their departments were blocked or barred from entry between the time period of June and December. This included 72,000 J-1 visa workers and 29,000 H-1B visa holders.

However, President Joe Biden is pushing to overhaul the nation’s immigration laws to make them more “humane.” Recently, a proposal by him was sent to Congress that aims to increase the number of people allowed to gain legal permanent residence each year by almost 375,000. This was reported by a separate study by the immigration services group Boundless Immigration Inc.

Meanwhile, as it is widely known, any progressive stance taken by the Biden administration is to be compulsorily refuted by the Republicans. Therefore, as has been reported,  Republicans rejected Biden’s approach and blamed a recent spike in irregular migration at the U.S. southwest border on the president’s rhetoric and “ill omened” policies.

People who support immigration cutting level argue that allowing more migrants could displace American-born workers as the U.S. economy recovers from the pandemic.

Justin Guest, the study’s co-author and associate professor at George Mason University, refuting the skeptics claim, stated that “Immigration has basically become the fulcrum of nativist and nationalist politics, which is really about a concern for putting America first,”. He further added that “If you look at the numbers here, the best way that we can put America first is by welcoming newcomers.”

The report emphatically argues that without more immigrants, the U.S. population will soon become older in the coming years, as the number of elderlies rises at a faster rate than working-age adults. The report further stated that the expense of the elderly through social security and Medicare, would place a considerable burden on the government whose earnings also include the tax paid by the younger workers. Therefore increasing new workers could help terminate the risk of Medicare outweighing the taxes and revenue in the future.

The report further goes on to mention that while higher levels of immigration alone would not ensure solvency for the Social Security trust fund, it would definitely help delay its depletion which is anticipated in 2034.

Thus realizing the need of the hour, the ban on the H1- B visa has been lifted, after its executive order banning the insurance of new immigrant worker expired. Therefore, Global IT companies, industrial bodies and global tech companies can now recruit new immigrants.

It has also been estimated in a study, that if legal immigration levels are doubled, 31 seniors would live in the U.S. in 2050 for every 100 working-age people compared to 37 under current immigration levels. This would additionally help America to increase its now slumping economic activity, as it has been projected that the GDP could rise to $46.8 trillion in 2050 compared to $49.9 trillion for China. China’s economy wouldn’t overtake the U.S. until closer to 2035.

Biden’s plan isn’t that expansive. It would raise the annual number of green cards the U.S. issues by about 35%.

But the groups that favor lower levels of immigration argue that granting a pathway to citizenship to immigrants that already reside in America, Biden’s plan would strain programs like Social Security and Medicare by making those immigrants eligible for benefits