Planning to join National Defence Academy? This article lists down all the required information regarding eligibility, procedure and preparation tips for the students.

The National Defense Academy (NDA) is a defense academy which trains young students to join various Indian military forces and serve the nation. Primarily, it prepares students to join Army, Navy and Air Force. The NDA campus is located in Khadakwasla, Pune. Every year thousands of students join NDA and make their dreams come true. In this article, we have listed down all the important procedures, tips and tricks, eligibility criteria for you to join NDA.

In order to join NDA, their are certain criteria that a students must follow. These are listed down here;

Applicants are required to write an entrance written exam which is conducted by UPSC, twice every year. There are over 4.5 Lakh students sit for this exam every time. Students can write this exam while pursuing 11th or 12th grade. A student can apply for the test as many times as he want unless he falls in the age bracket.

The test generally tests your abilities in Maths and General Aptitude. There are two sections conducted for written exam.

Note: All the questions would be objective type and would carry four marks each. A students has to clear Maths sections in order to get his General Ability section corrected.

Important Tip – The syllabus would cover the Maths sections of 11th and 12th grade. NCERT and some reference books are enough to clear this part.

Preparation Tip – The Science section would cover the syllabus of 11th and 12th grades. For social sciences, syllabus of 8th to 10th grade CBSE, would be more than enough. It’s important to learn about dates and figures from the history books.

Out of almost 4.5 lakh applicants, only around 6000 are selected for the next round i.e. SSB.

The written exam is conducted in various cities of each state in the country. Below is a table which shows the different examination centers in the country.

Cadets after clearing the written exam, have to go through the SSB process. Service selection board or SSB is basically a board of members who conduct an interview based on Personality development and Overall skills of the applicant. The interview goes on for 5-6 days and consists of various levels and events. The basic skills that are tested are speaking skills, leadership skills, team work and intelligence. 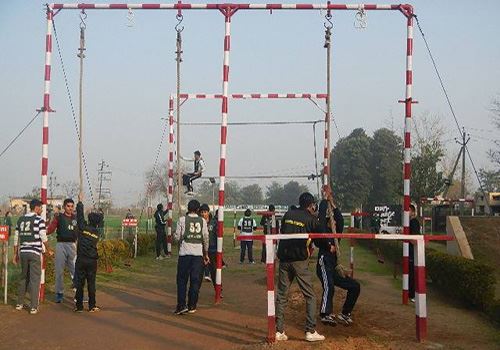 The interview process is designed over a five-day process. On Day 1 cadets have to go through a screening test, which if cleared by the students, allows them to move to the next day. If the student fails to clear the screening test, they are asked to go back home and prepare well for next year. Day 2 is the Psychologist Tests, which consists of various psychological activities. Day 3 & 4 is the group tasks which tests your leadership skills, team work and ability to work in adverse conditions with your partners. Day 5 is the Conference when the results are announced. The personal interview will be conducted anywhere on the day 2,3 or 4 during the post lunch or evening hours.

After clearing written exam and SSB interview, candidates have to clear a final round, medical test. In this, cadets are expected to be physically fit in all the aspects. Cadets have to fulfill the medical criteria decided by Defence academy. Candidates are therefore advised to get themselves medically examined before appearing for the medical round. Cadets are advised to rectify minor injuries in order to speed up the selection process.

The basic criteria that a cadet has to fulfill medically are:

There is a hieight to weight ratio that is to be followed by the applicant to get selected. We have listed that down in a table below.

Medical process is very important for selection in Armed Forces. If you are aspiring to join armed forces, and you have some minor defects, it’s advisable that you get it corrected as soon as possible.

How to prepare for NDA exam?

All the information listed above is taken from trusted sources over the internet. In case of any query or suggestions, feel free to write us down in comment section. the information would be updated as and when there would be any notice from the academy. We hope this article was any help to you.