Clashes between walkers and joggers 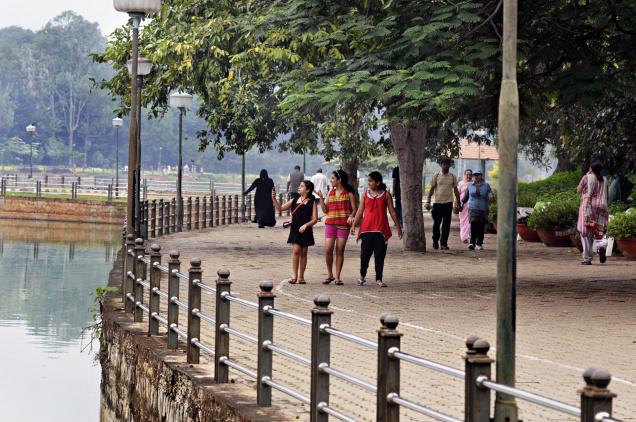 The city of Garden has numerous parks for the residents to walk, jog or exercise without getting affected by the pollution and the city crowd. The wee hours should be spent in an open space, surrounded by trees, fresh oxygen, chirping of birds, blooming flowers, the morning sunrise and exchanging the smiles to the passerby. It leaves us energetic for the entire day along with the positive vibes. Can we imagine a morning with a grumpy face and hatred towards the fellow jogger?

Yes, the recent news have surprised me completely. The park near Sankey road holds a signboard, instructing a ban on jogging and sprints. There was a clash between walkers and joggers group, from couple of days. The walkers are mostly senior citizens and on safety ground, claims the possibilities of being knocked by the joggers and the runners. They have demanded that jogging and running should be banned in the park. It is a threat to park’s tranquility and also the middle aged feel affronted.

There are around 2000 walkers in the park, outnumbering the joggers. The majority wins and hence running or jogging will not be allowed between 5.30 a.m to 8.30 am. The signboards have been displayed indicating the ban, thereby annoying the joggers and runners. Around 160 runners have filed a petition stating that it is a sign of discrimination and the boards have to be removed. They claim that running etiquettes are followed by them, without blocking or knocking anyone in the park. They cannot be running on the traffic dense roads, with noise and dust pollution on rise.
The battle between runners and walkers have left the BBMP disturbed, a difficulty in drawing conclusion. The resident’s association and BBMP commonly will take a call on the matter.  Awaiting for peace among the 2 groups.