The Indian Wire » City Special » Delhi : Dil waalon ka shehar or is it? 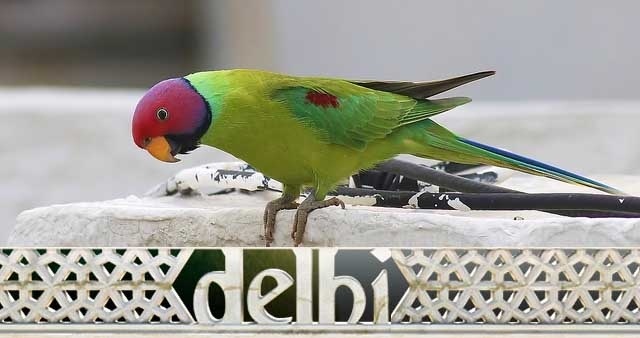 Why are delhi people the better than what is shown in national media and what are the traits thats are common in nearly every delhite which makes them best.

For those of you who did not get the heading this is the translation -“The city of people with hearts or is it?”
I first came to delhi in 1997 when I was 3years old shifted out of the city
and then again came back in the summer of 2001 and have been here since then.
During my stay spanning over 13 years there are a lot of things that I have learnt about the people of Delhi.
And my views I think are based upon the general idea of living in 3 different parts of the city each for a considerable part of time -East Patel Nagar , Delhi cantonment
and Dwarka.

So you can assume that what i would be saying about the “Dilliwallah’s” will be true on many counts.
Contrary the popular belief that arose from the movie bunty-bubli that there are only 2 kinds of people on earth many of will be shocked to know that there are more than just 2…..!!!!!

So let’s begin so as to what could be the most common things that can be said about a regular citizen living in delhi.
People here are more confident about themselves (sometimes over confident) and their knowledge that even if they don’t know about a subject much they would still argue on it from you.
We delhi people are great with directions- You might have toured all over the world and may have at some point or the other struggled with your routes and the passer-by that you asked may not know BUT , no such such problem in Delhi.
Just pop your neck out if you are in a car or ask anyone near they would give you the directions to your destination as of they live there.
we are great with directions i guess it is just because we have a great observational skills or we travel a lot of times .

We have often been accused of being rude and impatient of honking to the car ahead of our’s just as soon as the signal’s about to turn green and in many cases even if there is red signal we just simply don’t care.
But this is only because all of us are in a rush at nearly every point of the day and our tehzeeb(manners) sometimes takes a backseat .
The same person who could have been shouting at you for not getting out of the way could meet you the next time in one of the most gracious and polite way possible.
So please do not feel bad if someone said you something on the roads of delhi, they don’t mean it.
The word JUGAAD. flows through our veins whatever may be the situation whatever maybe the work we manage to do it somehow.
I guess it could be because we have a great persuasive nature combined with creative thinking that we manage to do things that could not have been done by conventional methods .
We acquire these skills over a period of time and these things are only possible if you have a lot of contacts which possible because of nature .

friendly folks (in terms of average comparison with other states) in the country.  Now many of you would not agree with me on this case but you would definitely agree that the friends made in delhi will stick with you through thin and thick.

Now newspapers and many incidents have raised questions about what exactly is a mentality of an resident of Delhi but I can tell you this that there are only the smallest of the fractions and those kinds of people sadly are present in nearly every part of the world .

Also there would be a fraction of people who would only come to you if they have some work and then forget you thereafter as soon as there work with you is over.
Sad but yes its true.

There are many who just love to spit and take a leak whenever they want to believing that it is their birthright to mark their territory or leave a mark that would proclaim “I was here”. This too is a sad reality and dont be shocked if you see that happening ,
your telling them not to do such a thing would do no good as one the most common stock reply that you would get it is -Tera hai kya(is this your’s). But there are also a group of people you would see trying to raise awareness and taking upon their own hands to restore the place back to its original beauty. One thing that you would observe if that you would keep seeing a digital store and a place to eat every once in a while we love movies and music and dwell on food like no other.
We love to talk and that is one the most evident feature you would find in a Dilliwallah hire a cab , an auto , a rickshaw and would see yourself engaged in a conversation with them most often than not and realize that it could be one the better conversations that you might have had in the whole week. We are always ready to help no matter what time or situation.
I remember one time our car had broken down while we were returning from a party it was 2am we called up our neighbors and they were there to help us within an hour that was something you dont see often enough.
If you are traveling in the Delhi metro you must be marveling at how wonderful it is and then you might have seen there are a few reserved seats for the elderly or physically handicapped but then those seats are sometimes not enough and there will be elderly standing and thats when you realize not all the hope is lost and that there is still some tehzeeb left when someone voluntarily vacates their sear for them. I feel happy that yes there is some hope left.

We all have our share of bad habits but we have plenty of good things to boast about too.
I dont care what the national newspapers have to say about us because I live here
and meet people everyday and the only thing i can say about Delhi is that