The number of road accidents in Bangalore are increasing rapidly. Read the article to find out the facts and figures.

The numbers of road accidents in Bangalore are on a rapid rise along with the traffic issues that a common man has to face regularly.  Bangaloreans have adopted a very casual attitude towards the traffic rules, each one trying to be better than the others. People rush up all the time, ignoring the basic driving sense and the fellow riders.  People have even started ignoring the ambulance sirens these days, without even realizing the importance of it. The Traffic Police must be facing a tough time in handling such citizens.

Police had registered cases against 44,145 drivers in 2011, and 26,749 were punished under the law.  In 2012, 21,514 drivers were held accountable out of 43,066 drivers were punished.  The Police department is definitely on their toes to punish the culprits and reduce the accidents.  The court punished 19,564 drivers out of 43,873 drivers in 2013. The law definitely is stronger in the cases of accidents, but the citizens are too reluctant to follow it.

The transport department has taken various safety measures to prevent these accidents, yet they haven’t succeeded in reducing the numbers. The government should organize workshops and seminars frequently to remind the importance of following traffic rules to the citizens. The major automobile companies should also ensure that the customers are taken through an induction process to brief the riders all about the traffic and the safety rules. 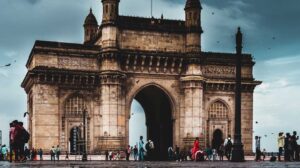