Nahargarh is among one of the popular place of Jaipur. It is a another fort in Amer area of Jaipur along with Amer fort and Jaigarh fort. Inside the Nahargarh there is a open air restaurant and bar, Padao. Not only tourist but the Jaipurites often visit this place with their families and loved ones.

Nahargarh fort is standing high on the edge of Aravali hills. It was initially build by Maharaja Jai Sawai singh in 1734. But the construction was finished in the rule of Maharaja Jai singh II. Jai singh named the fort as Sudarshangarh. The view of the Pinkcity from Nahargarh is breathtaking and a pleasure to see. Unlike other fort of Rajasthan Nahargarh don’t have rush and crowd. There is a wide area to roam around and one can easily sit and relax in any corner of the fort.

How Nahargarh got its name?
Nahargarh was earlier known as Sudarshangarh. There is a interesting story behind the change of its name. When the construction work was going on in the time of Jai Singh then a strange thing use to happen daily night. Every morning workers notice that someone destroys all the work which they did last day. Maharaja Jai singh then found out that the land where work was going on was once property of a dead Rathore prince Nahar Singh. It was concluded that his soul didn’t like that construction work. Then to appease his soul a small fortress was built at Purana Ghat and also the fort was renamed as Nahar garh.

When Nahargarh fort was built and by whom it was built?
As stated earlier construction of Nahargarh was started in 1734 by Maharaja Jai Sawai singh. More extention was added to the fort in 1868. In 1890 Maharaja Madho Singh transformed this fort into Monsoon retreat. A later Madhavendra bhawan was built by Maharaj Swai Jai singh ji and it was specially designed for women. It was also a summer retreat for royal family and a total 12 alike suits were built.

Nahargarh fort is open for public all days and it can be visited between 10:00 am to 04:30 pm. You can though stay in the boundary of fort till 8:00 pm but you won’t be allowed to enter in the fort then.
Photography is allowed at Nahargarh fort.
Photo Gallery 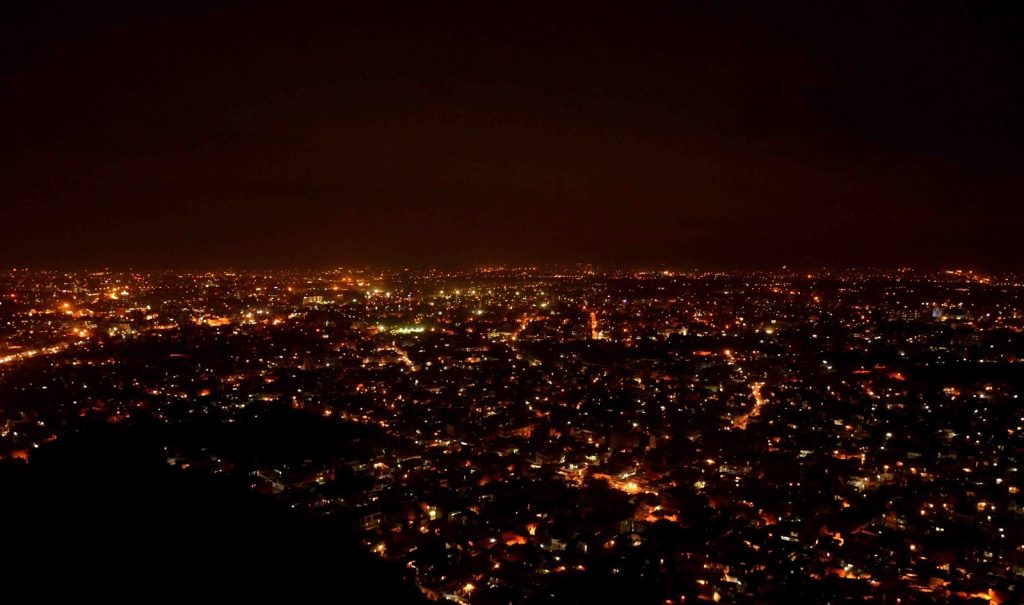 Padao is highest (location) open air restaurant of Jaipur. It is located inside the boundary of Nahargarh fort in the West side of the fort. Padao can be visited with a small entry fee of Rs. 50 and there is a complimentary drink included in it. You can enjoy various snacks and drinks here. Padao is permitted for a bar and do serve almost all kind of Whisky, Rum, Vodka, Gin, Wine and Beer. Though Padao do not offer lunch or dinner for individuals but they organize Gala dinner for minimum 50 persons if pre-ordered. Padao is open for public from 2:00 pm to 10:00 pm. 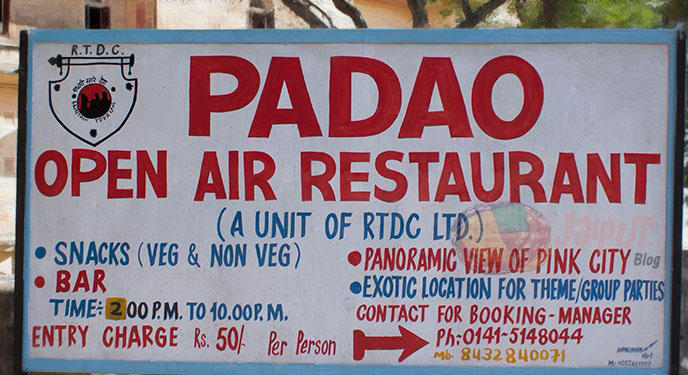 We believe in improvement, so if you have any suggestion or queries then comment it below. 10 Places one must see in his visit to Jaipur