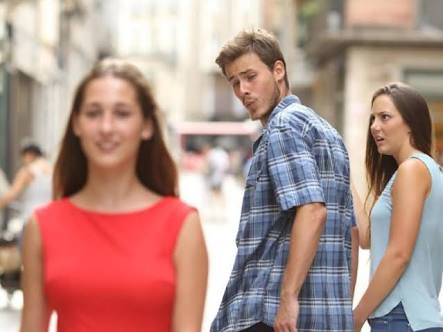 Section 497 of the Indian Penal Code criminalizes adultery. It states, “Whoever has sexual intercourse with a person who is and whom he knows, or has reason to believe to be the wife of another man, without the consent or connivance of that man, such sexual intercourse not amounting to the offence of rape, is guilty of the offence of adultery, and shall be punished with imprisonment of either description for a term which may extend to five years, or with fine, or with both. In such case, the wife shall not be punishable as an abettor.”

The main flaw already visible in this law is its biased nature; it is sexist. It punishes only the man who commits adultery and not the woman who was a consenting partner. When we talk about gender equality, it’s not just achieving it for women but for men as well. This law outrightly defeats the purpose of women demanding gender equality. The other victim of this law is women themselves.

It establishes women as a property of men again defeating the purpose of gender neutrality. This law does not apply if the extra-marital affair occurs with the consent of the husband. In a society where there is no law against marital rape, the same society is keen on defending the law against adultery.

This article does not encourage adultery or glorifies the concept. The only purpose is to point out the flaws in the existing law. The law clearly states there is no punishment for the woman who cheated on her husband. She is seen as a “victim”. By reducing the role of the consenting woman as merely an abettor and not the woman with her own mind, the law becomes clearly sexist.

Supreme Court is set to hear a petition for decriminalising adultery. The upholders of the institution of marriage have argued against the decriminalization. The Centre has argued,”The law was enacted to protect and safeguard the sanctity of marriage, keeping in mind the unique structure and culture of the Indian society. The decriminalisation of adultery will result in weakening the sanctity of a marital bond and will result in laxity in the marital bond”. Why does the State have the right to impart morality codes of conduct?

These so-called agents of marriage want to save it at any cost; the institution which is biased towards its men. They want two people to stay in a hollow/forced marriage instead of living with someone they love. For these hypocrites, marital rape destroys the sanctity of marriage and Indian culture. They will not criminalize it for n number of sexist reasons. The argument for keeping adultery illegal when it has been decriminalised in many other nations is that a lack of law will encourage people to become an infidel. The lack of or existence of any law has never been able to hinder any crime before. So the whole argument is moot.

Supreme Court has previously rejected the petitions demanding decriminalization of adultery. But with the consideration of Right To Privacy as a fundamental right, we can expect a favorable change in the biased law.