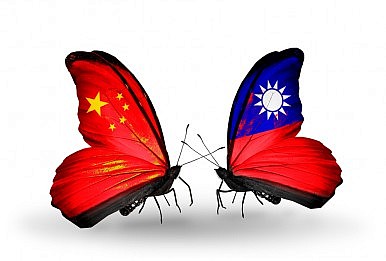 26th May was not a historic day in any sense, but just another day in cross-strait relations, when Burkina Faso, following the lead of Sao Tome and Principe, Panama, and the Dominican Republic, severed relations with Taiwan and opened diplomatic relations with the People’s Republic of China. It also issued a statement recognizing the People’s Republic of China as the only China that exists and its sovereignty over its territories (including Taiwan).

China-Taiwan relations could be defined in many ways- including a great game spanning the whole world between a David and a Goliath, and a long peace after a war that never even officially ceased to exist. If so, it’s a game Taiwan has been losing right from its start, even when it enjoyed legitimacy buoyed up by anti-communist sentiment in great powers. Although an invasion by the PRC is feared by many, such has never been its way- one of the shrewdest players of diplomacy to ever be found. Even if such an unlikely invasion became the reality and murphy’s law were followed, Taiwan would probably find itself isolated- forsaken by allies who see it as nothing more than a chess piece and the tremendous amount of goodwill Beijing has accumulated around the world in the past decades. While Trump is currently pushing a brink-loving hard line on China and is generally seen as an unpredictable short-term thinker, his policies often are realistic enough not to cross the dangerous line when it comes to the balance of power.

China’s strategy over the strait has always been a long-sighted one. Its justifications being strong, what it has lacked are international sympathy, relative power, and support inside Taiwan. Great Britain was the only major western country to recognize PRC over the ROC when it came to be. Although sympathy for its legitimacy as a nation came slowly, it found itself treading the path of global politics terribly alone, and Taiwan became a chip to constrain it, wield leverage over it, a link in the stout first chain blocking China off from the Pacific. China, therefore, true to its traditions, wanted to consolidate its strategic gains first before making its move, a strategy likely to span a very long time. It was a battle of attrition between competing ideologies, and everything was fair game. If Chinese economy touched the moon while Taiwan’s never lifted off on its own, Taiwanese public opinion could favour reunification- it would be akin to a dream wedding. The impetus was therefore on creating a scenario where Taiwan had things to gain in an event of reunification. The strategy of isolating Taiwan politically was a part of this imperative.

Today Taiwan is recognized by only 18 countries in the world, soon to be 17 if Vatican City comes to an agreement with China, all of them insignificant in power value. While its allies maintain informal relations with it, it isn’t allowed to hoist its flag in international events. It lost its seat in the United Nations in 1971, stripping off its status as a nation state under de facto international law. What gives China’s actions legitimacy is that Taiwan itself adheres to the One China principle. Its mainstream opposition party and the founder of the state, Kuomintang, has laid claim to all territories of the PRC and some beyond whenever it has assumed power in the parliament, and the two countries came to a consensus in 1992, known as the Shanghai Consensus or the 1992 Consensus, where they agreed to disagree about the legitimate ruler of China, but agreed that Taiwan and China were merely parts of the same country. This consensus was recognized as valid by the world community and became the internationally recognized status quo.

This status quo, however, was actually harmful to Taiwan which its stubborn KMT leaders could not see. It could never win a battle of attrition with the PRC, no matter how much foreign aid it received, whose human resources were almost infinite. Taiwan was an exporter of goods, but China with its vast market was a destination of trade. No wonder the trading countries diplomatically, if not strategically, lent their support to China. After it started its rapid economic expansion, China outpaced all other competing nations such as India or Indonesia in capturing the markets of developing countries as destinations for its companies. It has surpassed the US as Africa’s largest trading partner for quite a while now. Unconditional low interest loans, companies that develop areas holistically, good prices for raw material extraction, rapid development of strategic infrastructure, an ally that does not intervene in domestic affairs with the excuse of humanitarianism, African countries and those around the world had much to gain from allying with China in relative terms. The only thing they were required to do was to recognize the PRC as the sole legitimate China. That the new headquarters for the African Union was made by China speaks to the level of trust and respect in this relationship, and this was a strategy that has come full circle. Currently, only one African country, the tiny landlocked kingdom of Swaziland, public recognizes Taiwan over China. Reports came of Chinese pressure on Swaziland to switch sides after the move by Burkina Faso, which was offered a 3.1 billion assistance programme.

Better Together or Better Alone?

The situation changed so drastically that even Taiwan itself became inseparably linked with China. In 2017, its biggest trading partners were not the USA and Japan, but the People’s Republic and Hong Kong. Immigration of the mainlanders into Taiwan(making up for more than 13% of the population), and more recently of the Taiwanese into the mainland for better prospects has rendered the countries entangled, and Taiwan has much to lose if it severed links in relative terms. It seemed things were going the mainland’s way, until an unexpected factor entered into play. Taiwan has long tried to sever its emotional ties with the mainland and develop its own cultural identity, a process known as Taiwanization. As a result, support for reunification is at an all-time low in the country, and pro-independence voices are getting stronger. The current president Tsai Ing-wen by refusing to acknowledge the 1992 Consensus tacitly expressed her pro-independence leanings, and her Democratic Progressive Party has always furthered the agenda. Although specifics remain vague, this is an issue of grave import to the mainland.

A Crisis on the Horizons

The PRC has in recent times shown its will to make its own legacy in international politics- an identity distinctly different from the American one. The invitation to all nations to partake in its planned space station resonates this form of foreign policy. A use of blunt force, therefore, does not sit well with its history. Taiwan, however, is an issue involving national prestige and sentiment for it. Beyond the strategic risks an independent Taiwan may represent, public opinion in the mainland is overwhelmingly in favour of reunification- a sentiment not echoed by their Taiwanese counterparts- and failure would significantly harm the Party’s national prestige due to the hype it has itself built up over the decades. Jinping’s statements have contained increasingly belligerent tones concerning Taiwan, making it clear how closely the PRC holds this issue to its heart, enough to make any casual observer incredibly nervous. This is the reason international leaders have never supported the independence movement. Although the PRC tolerates the status quo, it is not going to give an inch on this issue, and if it started to see itself as a wounded tiger, an international crisis could develop in an eye blink. What is in store for the 23 million Taiwanese citizens, and the one, or arguably, two countries? Only future can tell, although there is no guarantee that future will come to pass in our lifetimes.