India is surely missing out on the opportunities to solve the Kashmir issue for more than 60 years now, causing tens of thousands of people losing their lives. Everyday woes from mothers losing their children and heavy deployment of forces in the valley didn’t make the situation. It is estimated that the valley is the highest militarized part of the world. The Machiavellian nature of the politics hasn’t really helped the situation to be brought under control. It has rather made the situation turn into seeking more vengeance. On 7th July, The wire reported about a Hindutva Poster in Delhi which called out for driving all Kashmiri Muslims out of the city to Pakistan. This declaration was made openly by the Swadesh Ekta Hindu Manch. Such acts of incitement are so common that it can be also found circulating in the social media or WhatsApp. This came in the backdrop of Kashmiri Students being attacked in different parts of Haryana and an incident of assault on a Kashmiri Family in South Delhi.

In all of the conflict it has to be understood that there are four major stakeholders who must be taken into consideration while any talks are on the platform- Indian Political Leadership, The Security Forces and the Rebel Group (both homegrown and the one from Pakistan). With passing years the incidents of Stone Pelting has intensified, assassinations and regular violations of the cease-fire. If only something has to be changed is the way of looking at the conflict. The solutions offered are a series of the cycle which break and the situation never changes. In every resistance, there’s a breaking point and the high point. Breaking point can eventually end the cause of resistance or make it weak. But using the security forces to bring the solution on the ground has never worked in favor.

The regular rhetoric that we get to hear is that Kashmir is an integral part of India, not true. The reality stands on the fact that it is controlled by three major countries. India and Pakistan (Azad Kashmir) roughly control 40% and China (Aksai Chin) control 20%. The partnership between Pakistan and China has now fueled the new economic corridor CPEC (China Pakistan Economic Corridor). This has projected Pakistan to be the next Asian Tiger after its completion.

Simply putting an economical fact- “Keeping on the Kashmir issue on the boiling point will further bleed the Indian Economy”.  There has to be a solution to this age-old problem. A sizable part of the Indian Economy goes over to maintain the Army and other security forces at such conflict zones. Moreover, the portion of the Pakistani political system also includes non-state actors who have spurned out of control from the main political system. These non-state actors have now also gained powers which make it a troublesome agent for Pakistan.

Why bringing on Women into the Peace Talks can help? It has been found that the chances of improving peace talks and the success of them lasting longer in any conflict can rise by 64%. Women are hardwired to think in long-term consequences and stability. Every movement has a common point where decision makers can come on a common point to base their decision; in the Kashmir’s resistance are the women. Whether, they are the mothers of the slain militants, or the widow of those who went over to the other side or has been picked up by the security forces, or even the sisters and daughters of the detained bother and father figure in their home. The family of those security personals who leave behind their wives, mothers and is either killed or goes missing over the duration of the tenure. Grief, miseries, and trauma of any conflict are suffered by the women by any other. Their wailing cries and emptiness which is later realized in their lives are forever, yet they get little to say in the peace talks.

The recent turn of events in the valley from the elected government to Governor’s rule can have two consequences either bringing a hard military action on the ground to curb all form of terrorist activities or coping and winning hearts and minds of the locals. Involving women in the peace talks can bring long-term benefit which our leaders must give a chance. 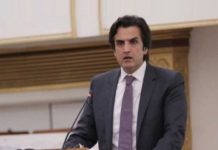 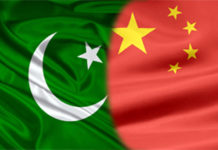 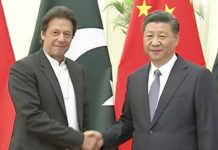