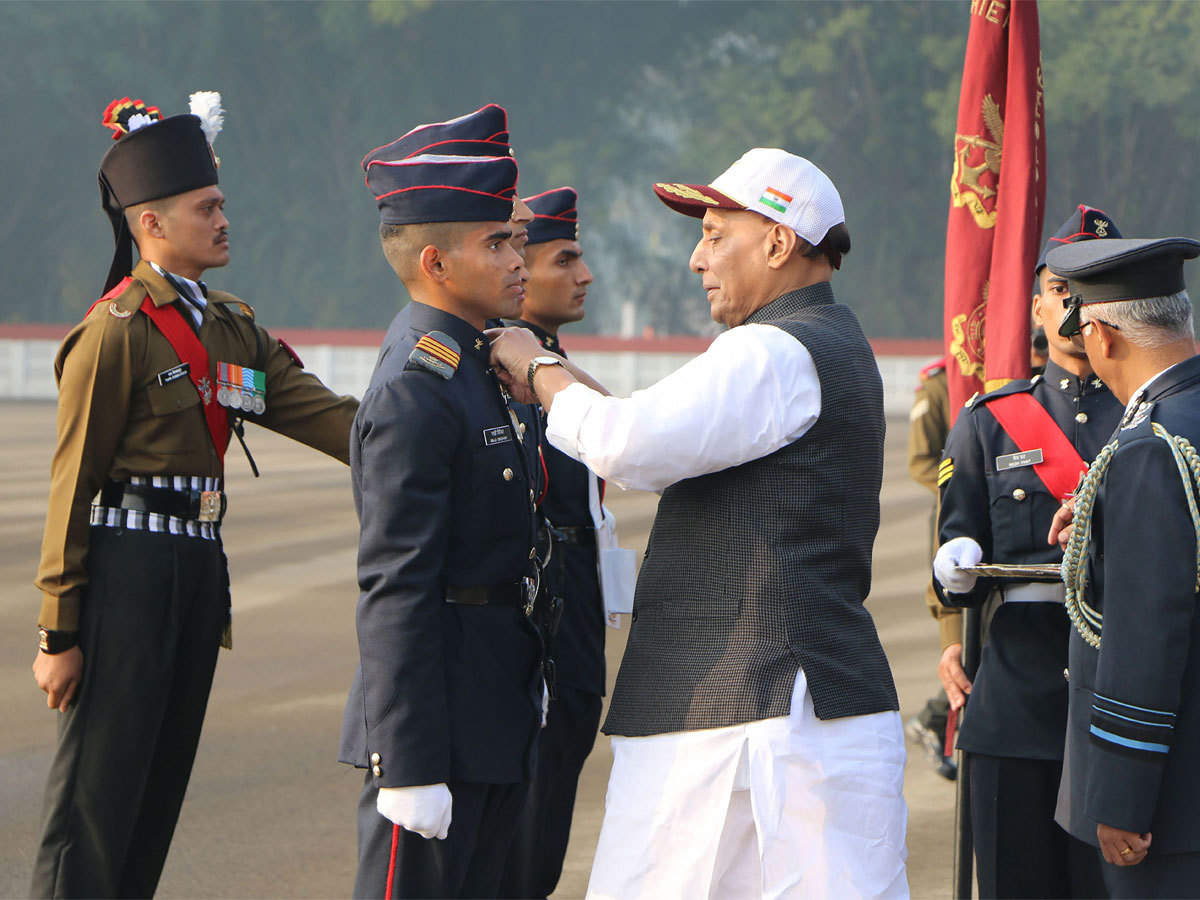 A total of 284 cadets of National Defence Academy graduated on Saturday during the 137th passing out parade held at Khetrapal Parade ground at the academy in presence of Union Defence Minister Rajnath Singh.

Amongst the Graduating officers, the cadets of Army, Navy, and Air force were 188, 28 and 37 respectively. There were 20 other cadets from foreign countries like Mauritius, Bhutan, Tajikistan, the Maldives, Afghanistan, Vietnam, Myanmar, and Sri Lanka.

Union Defense Minister appreciated the parents for letting their children be a part of the Armed Forces. He said the ‘grit and grime’ at NDA makes cadets tough to face challenges in their military career.

He further said India has been spreading peace in the world and under the leadership of Prime Minister Narendra Modi, India has shown it can be tough and aggressive whenever required.

He praised the Armed forces for their humanitarian support during natural calamities. Other institutions are failing or finding it difficult to sustain themselves, NDA’s glory is soaring high, he added.

National Defence Academy (NDA) is a united services academy of the Indian Armed Force, which trains the cadets of three services – Army, Air Force, and Navy.