Here is the list of the students, who appeared in the examination in U.P and Bihar

Total of 58 lakh students appeared in the whole UP state. 31 lakh had appeared for Matriculation and 26 lakh for Intermediate examination. Overall 8,000 centres were set for the examination in 75 districts of Uttar Pradesh.

According to G.K Chaudhary, the district inspector of schools, Meerut, “Strict security imposed around the exam halls and 144 CrPc imposed in the 200 metre of radius.”

Over 13 lakh candidates appeared in Bihar Board examination for class 12th this year. Amongst them were 7 lakh boys and 5 lakh girls. Last year the number of students appearing were 11 lakh. The Bihar Board’s 12th result is already out on March 30, 2019 and Rohini Prakash was declared the topper in science with 94.60%.

In Delhi the majority was of female students upto 2.7 lakh.

Over 40,296 candidates (in total) appeared from abroad.

It is to be noted that as comparison between the two consecutive years, last year in 2018 the number of students appeared for the examination were 28.24 lakh, following 16 lakh girls and 11.86 lakh boys student. 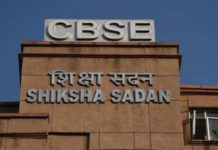 CBSE to organize webinar for Principals regarding class 10 evaluation criteria 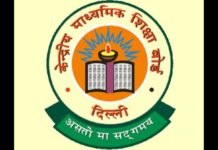 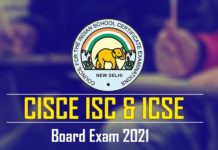