According to the recent Annual Status of Education Report (ASER), 2019, by NGO Pratham, reveals major improvements due to the implementation of schemes by subsequent governments. The survey reveals that 97% of the children between the age of 3 to 16-year-olds, across 596 districts with a total of 3,54,944 households are enrolled in school.

The Major credit for the improvement goes to the scheme launched by the NDA government ‘Padhega India, Tabhi to Badhega India’.

The Major highlights of the findings in the survey are:

The Various schemes that brought improvements in the education system were:

The Scheme was launched in 2000, is still considered the scheme that brought major improvements across the country in implementing education to all. An advertisement also got really famous back in 2000 with a slogan that said ‘School Chale Hum’. The Scheme basically aimed at imparting education to all. The scheme benefited over 92 million children in over 1.1 million households across India. The Scheme initiated the movement of opening more and more schools, focussing on imparting education to the girl child all across the country, in the districts where there was observed lack of education.

The Scheme was implemented on August 4, 2009, initiating free and compulsory education to the children aging between 6 to 14 years. Also, the scheme made mandatory for private schools to reserve 25% of their seats for the Economically Backward Section of the society.

This Scheme was launched under the RTE Act but played a major role in improving the enrollment of children in schools uptil now. The Scheme implied that no student will be allowed to detain children out of the school until Grade 8. This scheme also raised many questions as this policy would help weak children to climb the grades without having their concepts cleared. Whereas this policy helped children in rural areas, where before its implementation, failing one grade lead to children’s dropout from schools.

This Scheme is the oldest to be implemented in 1995, for the malnourished children offering them healthy lunch at school, which inclined the parents to enroll their children to schools for providing them the nutrition which was unavailable at home. ASER Report: Enrolment in schools of Children aged 6 to 14 years above 95% in the country 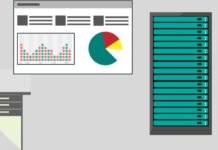 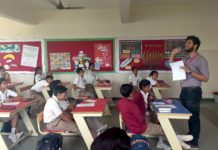