The Bombay High Court stated that the state does not possess the power of altering the fees of private unaided schools or schools of other boards. The court has issued a stay on the government’s order on prohibiting fee hike this year.

The government resolution (GR) instructed all the educational institutions to not to hike their fees for the following academic year. This resolution was dated May 8 2020.

The court mentioned the difficulties faced by the parents and hence mentioned that “Therefore, we feel that the management of the private unaided schools may consider providing an option to the students/ parents to pay the fee in such installments as is considered reasonable and also to allow them the option to pay the fee online”.

The court however mentioned that the state has power to alter the fees structure of the private schools as per Section 5 of the Maharashtra Educational Institutions (Regulation of Fee) Act.

But the Section 6 of the Act notifies that the management has the right to propose the fees in their schools, adding that prima facie it was of the view that the state government could not have issued the impugned resolution.

The bench clarified that even the Disaster Management Act does not specify anything about changing the fees structure. Hence it gave a stay and postponed the meeting on August 11.

The resolution issued by the government ordered the institutions not to collect any balance fees of the current year and give parents an option to pay the fees in an installment basis.

This resolution was based on Maharashtra Educational Institutions (Regulation of Fee) Act, 2011, and the Disaster Management Act, 2005.

As this resolution applies to all boards, the educational trusts sought the court for refraining this order and put it aside.

The petitioner who approached the court includes the Association of Indian Schools, Global Education Foundation, Kasegaon Education Trust and Dnyanseshwar Mauli Sanstha. Th petitioners argued that it is unlawful for the state to pass such resolution stating the disaster management act. The decision is postponed later to August 11. 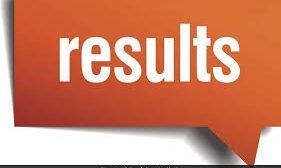