New Delhi: Vice President M. Venkaiah Naidu on Tuesday said that while India produces the highest percentage of women STEM graduates in the world (about 40 percent), their share in STEM jobs in India is very low at 14 percent and needs to be improved.

He further added that under-representation in post-graduate and doctoral studies needs to be rectified expeditiously.

He noted that the Government’s efforts in improving several girludents in IITs shaved and said their number went up from just 8 percent in 2016 to nearly 20 percent now. He also appreciated the Department of Science & Technology’s ‘Women Scientists Program’ as a laudable initiative that encourages women to take up careers in science and maths. He said that we must celebrate our women scientists and create role models for the girl child in the field of science.

Speaking at the Institute of Mathematical Sciences (IMSc), Chennai, the Vice President spoke about the trends in STEM and how we can tap the potential of the data science revolution in job creation.

He said, “The data has changed the way business is done and that we must look beyond our traditional engineering curriculum to equip our young graduates with these new skill-sets. This way, we must remain relevant to the current demands of the industry.”

Expressing his happiness at the proliferation of distance education courses offered by national institutes like IITs, he wanted technical courses to be offered in regional languages to benefit more students.

Stressing the importance of making science education available in local languages, the Vice President said, “It will help students in understanding the subject better and will help in innovation. Stating that no language should be imposed or opposed, he called upon the people to learn as many languages as possible but give primacy to the mother tongue.”

Speaking about the importance of mathematics and India’s rich legacy in the subject, Naidu referred to the invaluable contribution made by the great Indian mathematician Srinivasa Ramanujan. Calling for unearthing hidden talent among children, the Vice President underlined that there was no dearth of talent among children and that it was important to find and nurture the talent.

He Praised the scientists who made the indigenous Covid-19 vaccine possible and called it a big leap in science for India.

On this occasion, the Vice President also virtually inaugurated the New Residential Wing of the IMSc at DAE Nodal Centre, Pallavaram, Chennai. 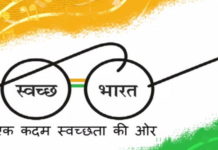