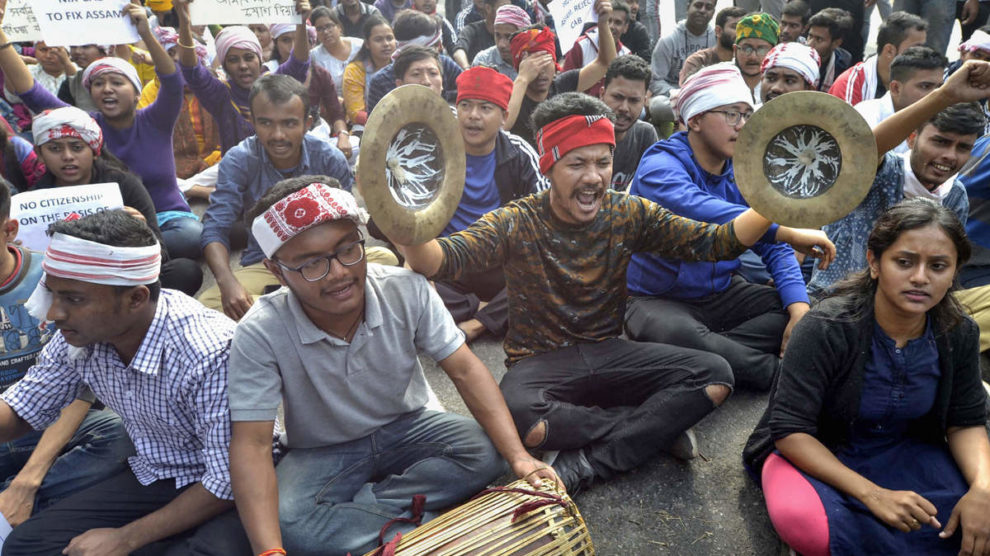 Citizenship Amendment Bill (CAB) aims at providing citizenship to all religious migrants of Afghanistan, Pakistan and Bangladesh except Muslims. The bill has seen more criticism than any other bill in the country especially from North-Eastern states like Assam. The Dibrugarh and Gauhati University students are protesting against the CAB outside their universities during the ongoing examinations, later postponed.

The students are opposing the Citizenship Amendment Bill, 2019 passed on Wednesday in the Parliament with 311 votes. The students marched towards the state secretariat office who were stopped by the Airlifted 5000 paramilitary personnel. The police lathi-charged and fired tear gas shells and rubber bullets on the students.

The same scenario happened in Aligarh, where Aligarh Muslim University (AMU) students are protesting against the Citizen Amendment Bill, 2019.

Northeastern people have opposed the bill which comes against the Assam Accord of 1985 that enables the deportation of illegal immigrants irrespective of religion.

The Bill also clashes with Article 14 of the Indian Constitution of India which promotes Secularism and prohibits discrimination on the grounds of religion, race, caste or sex or Birthplace.