The Film and Television Institute of India, Pune will be conducting a Film Appreciation Course, in collaboration with Instructional Media Center, MANUU, at Maulana Azad National Urdu University for making efforts to accomplish their mission of spreading the film education all across the country on February 20-24, 2019.

Spreading the message about the course,  Bhupendra Kainthola, Director, FTII Pune said, “This is FTII”s first-ever Film Appreciation course in Hyderabad and an association between two reputed institutions of learning—-FTII & MANUU. It is also a continuation of a long tradition of Film Appreciation courses by FTII. For over half a century, FTII has been conducting the flagship 4-week Film Appreciation course with National Film Archive of India in its Pune campus. The short course in Hyderabad is under the banner of FTII’s nationwide outreach initiative SKIFT (Skilling India in Film and Television) under which courses are held across the country and around the year.”

“Film Appreciation introduces film lovers to cinema as an academic discipline and broadly covers 4 streams. The history stream briefs the participants on the scientific inventions that led to the advent of cinema and takes them through the work of early pioneers who laid down the grammatical precepts of this medium. Film Analysis deals with the 3 basic elements of cinematic art i.e. picture, sound, and sequencing. The Documentary film is the third aspect of the course. Finally, the 4th stream takes the participant through the little-known process of film making and provides a good idea to the student about how films are made – conceptually, technically and aesthetically”, said Pankaj Saxena. 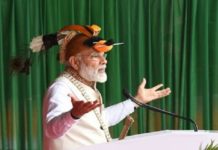