This Thursday, the second merit list for first-year junior college admissions was declared. By the general trend, it seems like the cut-offs are still on a hike. This trend is observed more particularly in Arts and Commerce streams in popular colleges.

Though the cut-offs for some colleges have taken a slight edge off in the second list, most popular colleges still keep it high for popular courses. Where this year’s first cut-offs didn’t go as high as last year, the second one barely saw any deduction from the first one.

The change in cut-off from first to the second one at HR College of Commerce and Economics had been a mere o.4%, i.e., from 91.4% to 91%. KC College dropped the cut-off 3% for Science stream to 82.2%. Nevertheless, Arts saw no dip and commerce had a negligible one of 2 marks.

This was clarified by the principals as a ‘scarcity’ of vacancies of seats in the top colleges in Arts and Commerce and hence, the competition is high. In fact, given the competition, Mithibai College has even increased the cut-off by 0.8 per cent for the Arts stream. Cut-off for commerce, however, remains the same at 87.8%.

Principal of Mithibai College Rajpal Hande said, “Top scorers had applied to all the sought-after colleges. However, it appears that most waited for betterment. After the first round, our college had very few seats in Arts and Commerce and we still saw top scoring applicants. Hence the high cut-offs.”

For the release of the first list, the education department was eight hours late, whereas, the second one came right on schedule. Of the 80,141 allotted candidates, 18,468 were allotted seats in a college of their first preference and 14,341 got into their second preference.

49,314 candidates have booked their seats in Commerce and Science has allotted seats to 27,757 candidates. The Arts stream has passed on 6,239 seats to eligible candidates. To confirm admission, candidates may provide full fees between July 2 to July 21.

The first round witnessed the allotment of 1.56 lakh applicants of the total 2.36 lakh who applied. 79,474 of the qualified have confirmed their admission in their respective colleges. 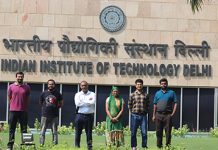