President of India, Ram Nath Kovind while addressing to the students at NIRF (National Institutional Ranking Framework) release and award ceremony, curated some major points regarding the youth, evolution, girl’s education, growth and the measures that can be brought up to increase the education level of higher educational institutions. The NIRF ranking list was announced yesterday at Plenary Hall, Vigyan Bhawan, Delhi by the President himself.

Putting up the emphasis on the girl’s education, the President shared some interesting facts about the underestimation of the girls intellect, he wholly stated ” I must point to the relatively low enrollment of girls in our higher education system, particular in the STEM institutions. This is a paradox since girls tend to do very well in school exams, often outscoring boys. When allowed the opportunity, girl students maintain this trend in higher education as well. Travelling to convocations of Universities across the country, I invariably find that female graduates dominate the list of toppers and medalists and yet many families deny daughters the chance of enrolling for higher education. As a society and as a country, we need to address this.”

He also put some light on other matters and shared his positive endeavor towards the Indian higher education system: 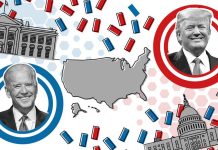