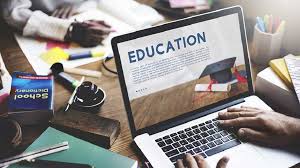 Chief Minister Devendra Fadnavis chaired a meeting with school education department at his official residence “Varsha”. He discussed core issues like digital education and its impact on the students. In Maharashtra, more than 63,500 schools have become digital up to June and the government is emphasizing on e-learning and e-school projects in the era of Information Technology. The meeting was attended by the School Education Minister Vinod Tawde, Additional Principal Secretary of the School Education Department Vandana Krishna, and others.

To raise and enhance the academic quality Maharashtra Government has being taking initiatives and efforts to raise the study standards of the students. For this, teachers are also trained to adapt with the technology and deliver quality education to the student. Education Minister Tawde said the “Avirat” is being implemented by school education department and in the first phase, over 40,000 teachers have been imparted training.
Maharashtra Government is in full mood in promoting e-learning in the education system. The government is set to give tablets to students of state-aided secondary schools. According to reports, the government currently spends Rs 250 crore per year on providing textbooks to the students in the secondary classes. The state education is surveying the concept of e-learning on tabs before finalizing on the project.

“In January 2016, more than 10,000 schools became digital. Now at the end of June this year, more than 63500 schools have gone digital. In the coming days the students should get facilities like e-learning and e-school. The school education department should work in this direction,” Chief Minister said.