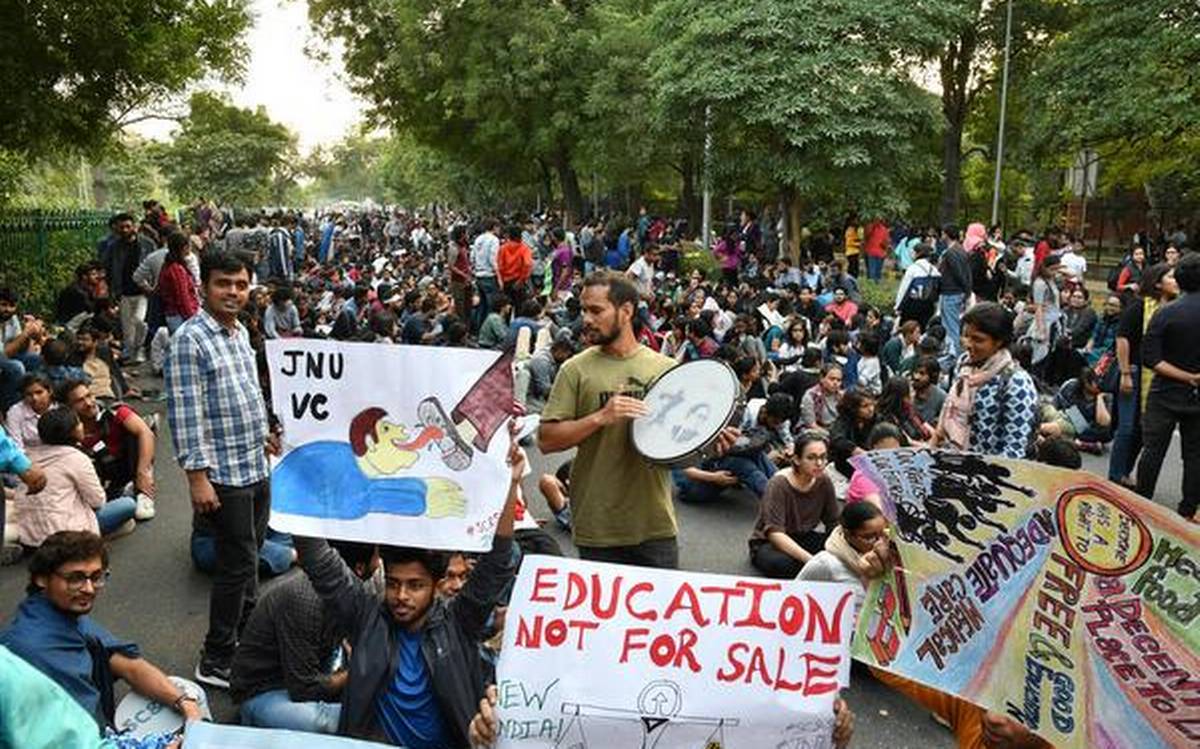 Jawaharlal Nehru University Students’ Union (JNUSU) battle against the hostel fees hike is still on. The battle started with Hostel fees hike but has now become a serious matter for the whole country. As students from all across the country came forward to support them. And now, JNUSU announced on Thursday that they will be protesting on Friday outside the Human Resource Development Ministry, led by Ramesh Pokhriyal ‘Nishank’.

JNUSU on Thursday said “They will hold a protest outside the HRD ministry and demand that the recommendations of a committee, constituted to restore the smooth functioning of the varsity, be made public. The protest will be held on Friday.”

The HRD Ministry tried to help the JNU students by constituting a three-member high-powered committee to restore the normal functioning of the varsity. The panel had submitted its report to the ministry on Tuesday but was not taken well by the students’ union as they demanded the report should be made public and the draft hostel manual, which has provisions for the hostel fee hike, be completely reduced.

The JNU’s Executive Council had then announced a partial rollback of the hike for students belonging to the BPL category and not availing any scholarships. However, the protesters dubbed it as an “eyewash”. A week later, students undertook a march from the JNU campus to Parliament but were stopped at multiple locations by police with imposed Section 144 and forced Lathicharges on the students.