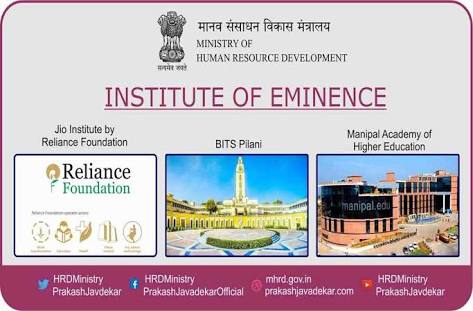 JIO Institution has not been established yet. There is no building or any official site confirming that there will be an institute in the near future. According to The Wire, the only public information about the JIO Institue is in the speech of Nita Ambani, founder of Reliance Foundation at a media event held in March 2018. In her reference to JIO institution, she remarked,“A university at the cutting edge of research and innovation. A university that focuses on education and sports, art and culture”. She claims to establish a world-class university which will collaborate with universities around the globe in order to provide its students with the best education.

The founder in respect to the non-existent university opined,”A university from the gates of which will emerge our future leaders, our musicians, our scientists, and our Olympians”. She said,“Building such a university is our dream at Reliance Foundation.”

HRD Ministry has defended its decision of including a yet-to-be-established JIO Institution. They explained that the private institute got selected under the ‘Greenfield’ category. “It was on the basis of its plans that the committee considered it for the status which is only provisional”.

N Gopalaswami, Head of the Empowered Expert Committee remarked,”It is a greenfield institution. At this juncture, there’s only a Letter of Intent. They’re not same as established institutions. For a greenfield institution, they should have land, equipment, building, staff, etc and for that, they need a lead time. So they have been given three years’ time. It’s only after that they will be given the status”.

Reliance applied under the category of “completely new proposal to establish a World Class Institution Deemed to be University” and got selected.

After receiving flak for their decision, HRD Ministry is trying to justify the list. They tweeted-

As per National Herald,”According to a proposal submitted by the firm to the committee, the JIO Institute will use Rs 9,500 crore in capital expenditure and will be located in a ‘fully residential university city’ in Pune”. This is the only information available about the institute deemed as ‘Institution of Eminence’.

HRD Ministry is under attack by various critics because of the list. They are being condemned for including a not yet established institute along with reputed IITs. Twitter definitely is not happy with the decision. Twitteratis are posting their disappointment in the decision made by the government even after Ministry’s clarification.