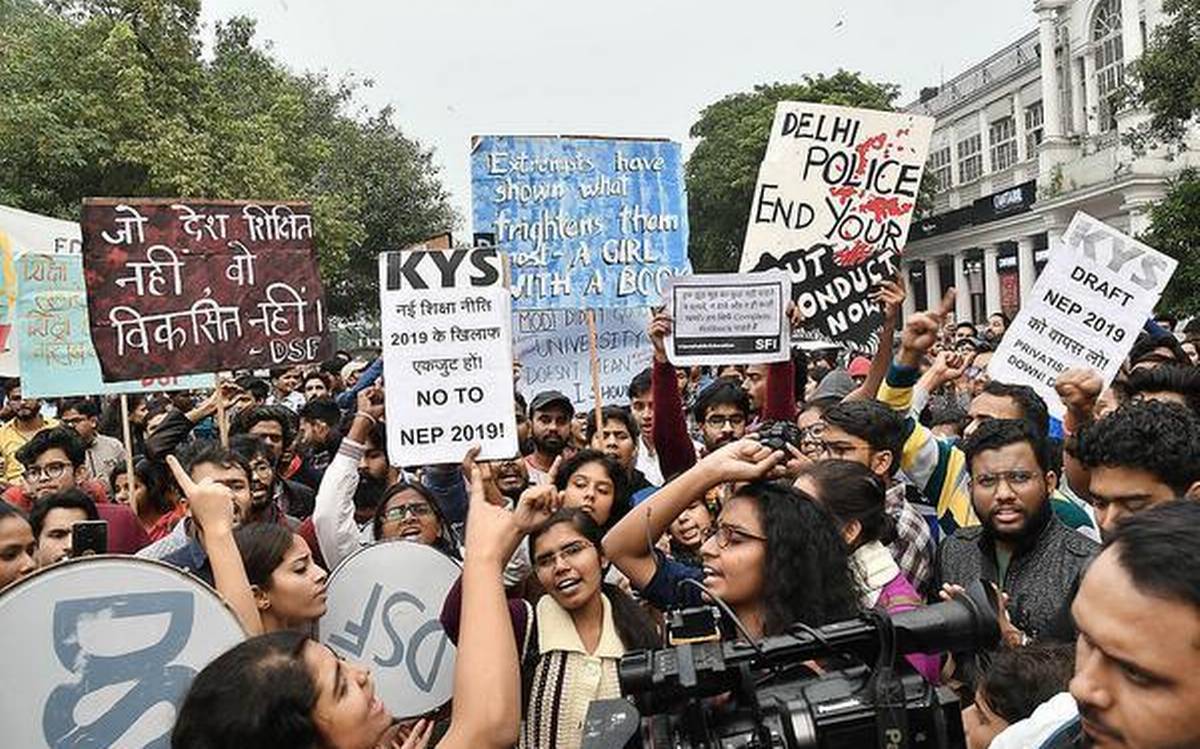 Jawaharlal Nehru University’s Students’ protests against the hostel fees hike have taken new twists and turns. On 18th November they marched towards the parliament, which resulted in imposing section 144 at the Parliament and forced lathi-charges on students. Despite the JNU Administration efforts, JNU Students’ union has slammed all their suggestions. The protest doesn’t seem to end soon as students from all across the country have come up to support them.

JNU Students Union has urged students to come forward and support them by making 18th November as the ‘National Day of Protest’ to safeguard education as a right and opposing its transformation into a commodity. So, when JNUSU marched around New Delhi’s Connaught Place Central Park, students from many institutes across the country held demonstrations in response to the call for a ‘national day of protest’.

The JNUSU had reached out to the students across institutes to participate in a ‘National Day of Protest in Defence of Affordable and Accessible Education’. “We realise that this movement is no longer restricted to JNU… While the central government proudly announces grand plans for the making of New India, it is the students of this country who will be the makers of a New India,” said the JNUSU in its appeal to students across the country.

Over 300 students gathered for the protest in the country’s capital and marched towards Central Park.

CBI’s Prosecution permission against AMU’s ex- Vice Chancellor denied by HRD Minister
Over 2 lakh Indian students went to US in 2018-19, rise of 3%: US Report
Comment