Maharashtra Govt to introduce self-defence as part of school curriculum 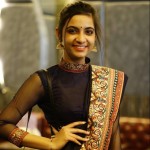 The Maharashtra Government has considered putting self-defense as a part of school curriculum in the state. Maharashtra Education Minister Vinod Tawde made this decision in response to an online petition filed by a women self-defense coach, Neha Shrimal, at Change.og in September last year, from Pune.

The petition filed by the women, who is a mother of seven-year-old, demanded to make self-defense compulsory in all the schools of Maharashtra. The petition was signed by 1.38 lakh people in support of the petition.

Shrimal stated an example in her petition of an 18-year-old girl who fought with three men who were harassing her and held them to the police thereafter in Birhum, West Bengal.

“This brave student shows us that girls can be empowered to face such situations with confidence, rather than feeling scared, victimized and helpless.

“In India, over 53% of children face sexual abuse. Whenever any such incidence happens, we just look at police and legal system for help. We never imagine that a girl can also have the power to deal with such situations,” she said.

“I believe that every child should be trained to protect themselves from an early age. I am asking Maharashtra Government to make self-defense training compulsory for all the students from 5th standard onwards,” Shrimal added.

With an online reply to this,

Tawde said, “The first petition that I have received is from a Pune citizen and a mother, Neha Shrimal. Neha and 1.37 lakh citizens have asked me to Make self-defense training compulsory for all the schools in Maharashtra. I have heard you and 1.37 lakh, citizens.”

“Taking due cognizance of the petition, I am now considering running the programme and making it a part of the curriculum. We recently decided to introduce an hour-long sports session for school students. And we are planning to introduce self-defense as a part of these sessions. With this, we have decided to start mandatory self-defense training in schools,” he said.

A Senior official in the Education Department, when asked about the recent decision said “Our department went through the issues raised on the online platform and we found merit in the petition. Therefore, we are seriously considering to introduce the self-defense session in the curriculum.”