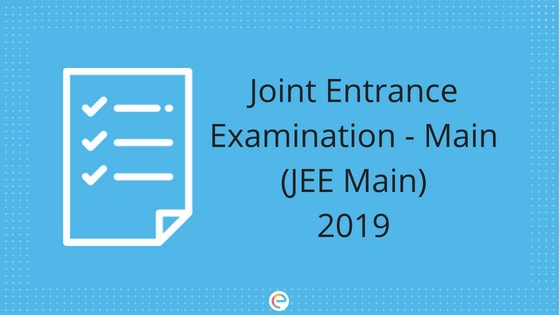 As soon as the National Testing Agency (NTA) wraps the online application process for NEET exam for undergraduate courses, it will immediately start its preparation for JEE Main 2019 (I) exam. JEE Main (I) exam will begin from January 6, 2019 and conclude on January 20, 2019. The admit cards for the JEE Main January 2019 exam will be released on December 17, 2018.

JEE Main exam, starting from 2019, will be conducted twice in a year – once in January and again in April.

Candidates are advised to download their admit cards before December 23 and go through the particulars mentioned and in case of any discrepancy bring it to the Agency’s notice immediately.

Earlier, when the exam was being conducted in offline mode too, more candidates appeared for the offline exam in comparison to the computer-based test.

UGC shortlists 19 institutes for eminence, likely to add 14 more to the list
NTA to conduct JNUEE in online mode, exam shifted to May 2019
Comment