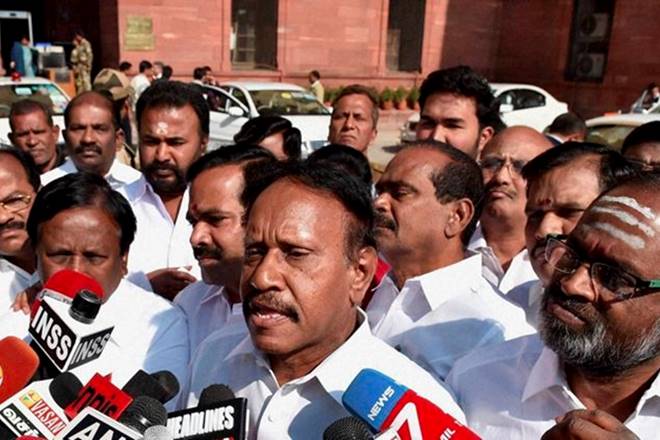 Thambidurai claims that the party will raise its voice over the issue of NEET in the upcoming Parliament session in order to set a firm foot.

At the Coimbatore Airport, Thambidurai made it clear that the government would continue its fight for the rights of the state’s students, while speaking to the reporters.

He said that given that the matter is currently under a ‘legal’ order, the government can not do much in the concern apart from taking the issue to the parliament.

Government of Tamil Nadu had been putting its all to seek exemption from NEET and the Assembly even adopted two bills which seek to ensure continuation of the present system of admission to medical courses in the state in the end of February this year.

Calling out to the equality, the state says that more than half of the exam was based on the CBSE syllabus, despite it been an all-India exam.

K Palaniswami, the Chief Minister of the state already took up the matter with Prime Minister Narendra Modi and sought his intervention to obtain the presidential assent for the bills.

READ: NEET 2017 allotment: MCC released round one results, see what to do next