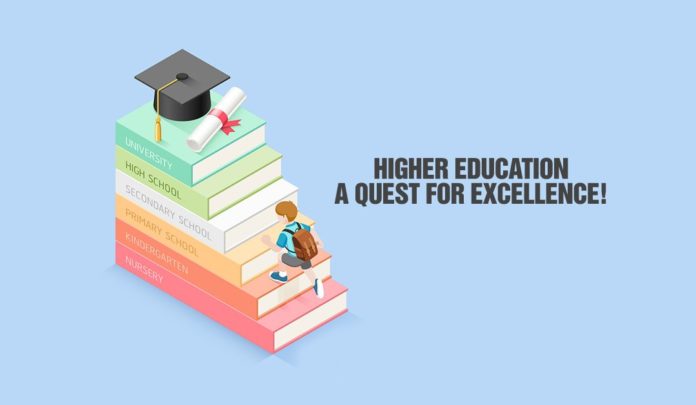 Hyderabad, June 2 (IANS) Unlike Tamil Nadu, there are no strong anti-Hindi sentiments in Telangana and Andhra Pradesh. But both the Telugu states want the apprehensions over the draft new national education policy to be addressed.

Though the Telugu states have been following the three-language formula, politicians and academicians have cautioned the Centre against imposing any language against the wishes of the states.

The Telangana Rashtra Samithi (TRS), the ruling party in Telangana, wants the Centre to circulate the draft policy among stakeholders and take further steps only after taking into consideration their suggestions and after addressing the apprehensions of all concerned.

Nageshwar, a professor in the journalism department at Osmania University, alleged that the BJP was identified with Hindi chauvinism and pointed out its proposals for displaying boards on highways in Hindi.

Nageshwar, also a former member of the Andhra Pradesh Legislative Council, said it was a misnomer to say Hindi was a national language. “There is no national language. Hindi is spoken by only 30-40 per cent population and not by the majority.

“I think justification will be there to impose Hindi when Hindi speaking states also learn one of non-Devanagari languages like Tamil, Kannada, Malayalam or Telugu,” Nageshwar added.

M. Kodandaram, an academician and President of political party Telangana Jana Samithi (TJS), is against the three-language formula at primary school level.

“A child at primary level can’t learn three languages. Have two languages till they complete their primary education and introduce other language at subsequent level,” said Kodandaram, a former professor of political science at Osmania University.

He believes that imposing three languages at the primary level makes learning difficult.

Telangana Rashtra Samithi (TRS) leader Abid Rasool Khan said that with India having a federal set-up and composite culture where one finds a different language after every 200 km, a single formula for the whole country would be disastrous.

He said no language should be discriminated against. He said students should be allowed to learn in the mother tongue along with English or Hindi.

Khan considers the three-language formula ideal but wants the mother tongue to be given importance as first language.

“Mother tongues are slowly dying. Urdu is a classic example. We need to address that. Everybody should be consulted and everybody’s apprehension be addressed.”

The TRS spokesman pointed out that the draft educational policy was not circulated to stakeholders.

“It has only been drafted and opinions and responses have not been invited from stakeholders. The government should hold state and district level meetings to discuss the policy and state specific recommendations should be accepted,” said Khan.