National Institute Ranking Framework (NIRF) has issued a letter of caution to The Indian Institute of Technology (IIT)-Kharagpur after the HRD Ministry received complaints alleging that the institute had distorted facts to improve its ranking this year.

This year, IIT-Kharagpur was assessed the fourth best engineering institute in the country by NIRF which is the first government-backed ranking of universities and institutes in higher education. The rankings are based on data provided by the participating institutions. The institute has also bagged the first position in the architecture category, stood seventh on the list of management institutes and fourth among all participating law schools.

However, a section of students at IIT-Kharagpur accused the administration of submitting false data to the National Board of Accreditation (NBA), the agency that brings out the rankings every year.

The Indian Express reported on November 13 that many buildings on the IIT-Kharagpur campus did not have elevators and very few had ramps for students with disabilities. Out of the 48 departments/centres/schools on campus, ramp facility was available in the departments of biotechnology, civil engineering, cryogenic engineering, computer science and engineering, electrical engineering, geo physics, geology, G S Sanyal School of Telecommunication, Rajiv Gandhi School of Intellectual Property Law, School of Medical Science and Technology, and Vinod Gupta School of Management.

Commenting on the allegations levied against the administration, Director Partha Pratim Chakrabarti said, “We have adequately responded to NIRF on a query of this nature that was sent to them”, reported Indian Express.

Higher Education Secretary R Subrahmanyam said that the institute has been issued a letter of caution by NIRF over complaints of faking facts. “This (the complaint) was sent to the NIRF, who after placing in their decision-making body, came to a conclusion that even if the figures are not correct, there won’t be any change in the ranking. We have issued a letter of caution to the institution. However, it may be noted that NIRF did not independently verify the allegation,” he wrote in response to an email sent by The Indian Express.

The NIRF guidelines state that an institution can be “debarred” from participating in future ranking surveys for two years if it resorts to any “unethical practices” and it can infact be removed from the ranking list. According to government sources, IIT-Kharagpur, for now, has only been cautioned and asked to check its data before submitting to NBA for NIRF ranking in future. 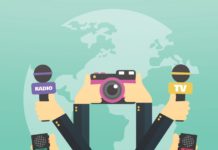 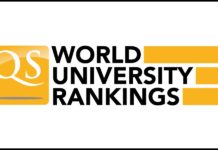 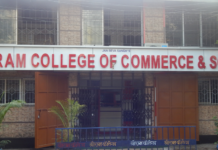