It has been reported that Teachers practicing in the National Law Universities, seeks permission from the Bar Council of India for allowing them to practice law in courts. This decision of asking for permission got originated during a committee meeting on Wednesday and was announced at the press release conducted by the Nalsar University of Law.

They emphasized to overturn Rule 49 which restricts the full-time faculty to practice in courts, and asked for the same by the Bar Council of India and awaits the final decision by the Council.

The committee argued that it is ‘harming’ the legal system of the country to not allow teachers to practice law in courts, as they believe they can be equally as contributing and useful enough as the lawyers and judges practicing in courts.

They also argued regarding the current situation of the legal system which desperately needs litigation lawyers, and wanted to eradicate the difference that has been existed for years between books and practicality.

Vice-chancellor of Nalsar varsity and president of the consortium of NLUs professor Faizan Mustafa said that in case the teachers do not get the allowance of practicing law in courts, they shall be provided with a non-practicing allowance of 25% with medical doctors.

Also, in case they are allowed to practice law in courts, only pro-bono cases will be provided with them, for which the fee charged will be distributed among the university and the law teacher at a ratio of 60:40. 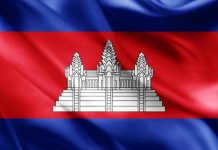