West Bengal’s Education Minister Partha Chatterjee has introduced the online process for filling out the forms instead of visiting the college for every little step. He also explained that the Physical Process could be carried out during the fresher’s programme or on the first day of the session. He wanted to notify all vice-chancellors that there will be no need to come to college for any step before the session starts.

“Some stray incidents of irregularities in certain colleges have caused concern among the students and the parents. The government does not want a repeat of last year’s experience,” Chatterjee asserted.

“The students will pay admission fee online and not at the college office counter,” he maintained.

“What we mean is that there will be no need to come to college during and before admission,” he added.

The Trinamool Congress Leader also said that VC’s have been asked to carry out the process smoothly without any inconvenience caused to the students or parents.

Chatterjee also reported that there were many malpractices that took place while the undergraduate course admissions went on last year. He assured that this won’t be happening again in the next session of admission, for which he has asked the government to take ‘exemplary’ action against those who found guilty.

The Minister also asked the Trinamool Congress Leader of the ‘students wing’ to check the occurrences of malpractices strictly and have students to file a complaint against any kind of harassment faced by them in any form. 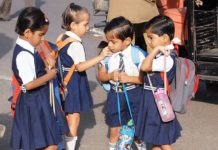 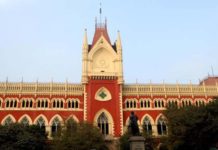