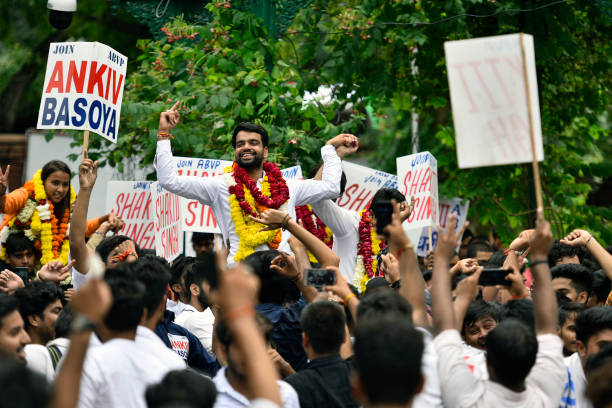 Sunny Chillar, leader of NSUI sought the Delhi High Court’s direction to hold fresh Delhi University Students’ Union polls on Tuesday. He claimed that the post of president fell vacant within two months of the results being declared on September 13, a criterion which met can allow the university to hold fresh polls.

The post of the President fell vacant after the elected president, ABVP’s Ankiv Baisoya, was found to have submitted fake documents to get admission last month.

However, DU opposed the argument before Justice Yogesh Khanna and said the petition is “not maintainable” as verification of Baisoya’s degree was completed after two months, ie: on November 13. It added that no fresh elections can be held as the two-month period within which the polls could have been conducted had expired.

Chillar was contesting against Baisoya for the post, but lost to him.

During the hearing, DU stated that as per the Lyngdoh Committee guidelines, fresh polls can only be conducted if a post falls vacant within two months of results being declared — which was November 19.

Chillar, represented by senior advocates P Chidambaram and June Choudhari, argued that once the degree was found to be fake, the nomination becomes void ab initio and the two-month period won’t apply, reported The Indian Express.

The advocates further argued that Baisoya’s certificates should have been verified during admission to the MA Buddhist Studies course, and also while accepting his nomination.

Chillar who was also represented by V Elanchazhiyan and Jawaid Hussain Khan, submitted that DU is in “collusion with the ABVP and deliberately delayed the decision, as they received information about Baisoya’s degree on October 28, but confirmed it was fake only on November 13”.

“Baisoya was not a student of DU. He was just an impostor,” Chidambaram argued, and sought fresh polls under an independent election officer or an appropriate authority “of impeccable character and integrity”.

There has been no conclusive decision and the next hearing will take place on December 6.