Observing the Results of the Common Admission Test (CAT) that was released this month, it was noted that this year too, the engineers have grabbed the top position. Out of 11 candidates who scored 100 percentile, all are BE/ B Tech students. Keeping the past years’ data in mind, the result does not come as a surprise.

“A total of 55 percent of candidates having engineering background within the complete set of candidates applied for CAT 2018, out of which 82 percent candidates scored 90 percentile and above,” said CAT convener Sumanta Basu.

In 2017, about 20 candidates scored an overall 100 percentiles with only three non-engineers. In 2016, all top scorers were male engineers while in 2015, 1.79 lakh candidates appeared in CAT of which 1.12 lakh were BE/ BTech students.

Most non-engineers complain that the exam pattern is engineer-friendly. Snehalata Mitra, a B Com student, appeared for CAT and could not crack it. “I found quantitative aptitude and DILR sections tough. English was, however, easier. But engineers have an upper hand over us as they are acquainted with these subjects,” said Mitra who feels that the exam authority should tone down the difficulty level for non-engineering candidates.

Arks Srinivasan, national head, Career Launcher cited engineering students are in an advantage as they are good in mathematics and solving problems. Besides, they are quite adept with handling the competitive examinations.

CAT 2018 topper Rickshesh Manchanda, an IIT-Delhi student, said “We have to finish projects on our own and therefore, we get autonomy. This makes us independent and helps in self-studies,” he said.
Basu explains the students “Not only in CAT, but the success rate of engineers cracking other competitive examinations is also higher than students from another background,” said the IIM-Calcutta professor.

Last year, 87.5 percent of students were from the engineering background in the MBA classes, which was 85 percent in 2017, and 89 percent in 2016,” said an official from IIM-Lucknow. 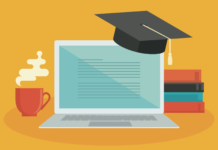 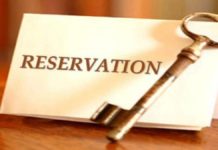