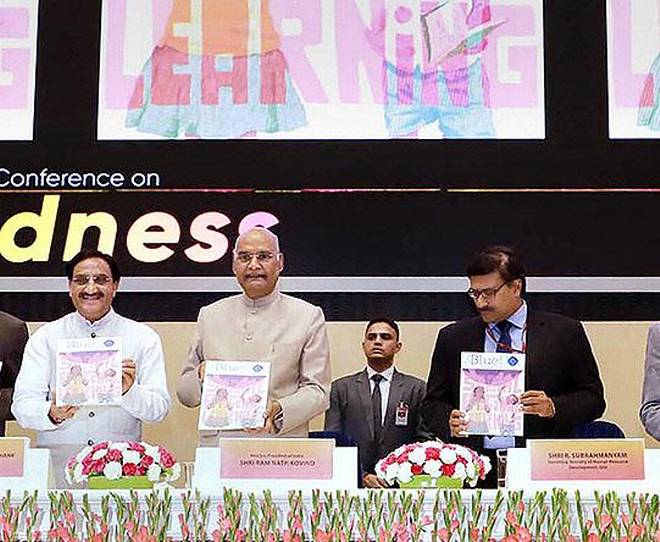 Ram Nath Kovind, the President of India, inaugurated the first World Youth Conference on Kindness organised by the UNESCO Mahatma Gandhi Institute of Education for Peace and Sustainable Development.

The Minister of Human Resource Development, Ramesh Pokhriyal along with President Ram Nath Kovind addressed the event celebrating the 150th birth anniversary of Mahatma Gandhi’ on the theme ‘Vasudhaiva Kutumbakam: Gandhi for the Contemporary World at the Vigyan Bhavan in New Delhi on Friday, August 23, 2019.

More than 1,000 youth representing 27 countries such as Asia, Africa, Latin America, and Europe participated in the event.

Motive of the conference

This conference was organized with the aim to impart critical proficiency (i.e. empathy, compassion, mindfulness, and critical inquiry) in global youth to inspire, empower and enable them to transform themselves and build long-lasting peace in their communities.

The whole conference was inspired by Mahatma Gandhi aiming to provide global youth and policymakers an innovative, engaging and inspiring platform to come together and discover ground-breaking pathways to achieve the United Nations’ Sustainable Development Goals (SDGs).

While addressing the gathering at the conference, President Ram praised Mahatma Gandhi’s work and explained how his vision and principles of peace and co-existence are still relevant in this era.

The President Ram Nath Kovind said that education too can play an important role in overcoming our prejudices. We just need to evaluate and evolve the premise, goals, and structure of our education system.

Education needs to go beyond the literacy said the President.

We need to educate young people such that they can defy and transcend boundaries of class and race. pic.twitter.com/edLlmYMFhz