Students of Government schools in Assam will be undertaking an oath on Saturday in an initiative called ‘Pledge for Life’ by the department of Education. Around 45 lakh students will be participating in the initiative and “pledge not to use betel nut or tobacco”, a statement by the organisers said on Friday. The students will take the pledge again on December 14.

As per the instructions from the department of Education, the oath reads: “I pledge not to use betel nut or tobacco in any form, including smoking cigarettes, bidis, etc, or chewing tobacco as gutka, etc., for the rest of my life and also encourage my family and friends not to do so.”

“Assam has more than 45 lakh students in 50,131 Government schools. We want children to have a healthy life and are protected from the tobacco epidemic,” it said.

This initiative has been taken by the education department with support from a number of organisations. One of them is, Sambandh Health Foundation (SHF) which has developed an android-based app ‘Pledge for Life’.  The schools will download a video on how tobacco affects one’s life and family.

The students will be shown the video in order to understand the ill effects of tobacco consumption after which they will take the oath. The schools will later upload photographs of the event and the number of students who took the oath on the app.

Sanjay Seth, Trustee & Head Tobacco Control of SHF said. “the Pledge for Life campaign will create an atmosphere among students that tobacco is the most ‘uncool thing’ to consume. We applaud the education department of Assam in taking such a big step to protect children’s health.”

He also said that tobacco kills more than 13.5 lakh people each year in India and nearly half of all above 15 years in Assam use tobacco, compared to 28.6 per cent across the country.

Dr B Borooah Cancer Institute & Voice of Tobacco Victims (VoTV) patron Dr Ashok Das said, “The number of cancer cases is on rise and the sad part is that now young people are being diagnosed with cancers. If we eliminate tobacco, we can prevent 50% of all cancers. 90% of oral cancers are caused by tobacco”, reported NDTV.

“Assam has more than one crore tobacco users of which 13.3 lakh are cigarette users, 18.8 lacs are bidi users and 91 lakh take smokeless tobacco, as per the Global Adult Tobacco Survey (GATS) 2017”, the release said. 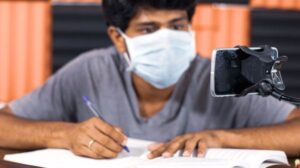 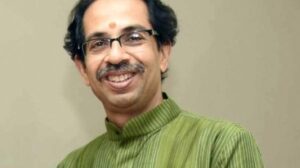